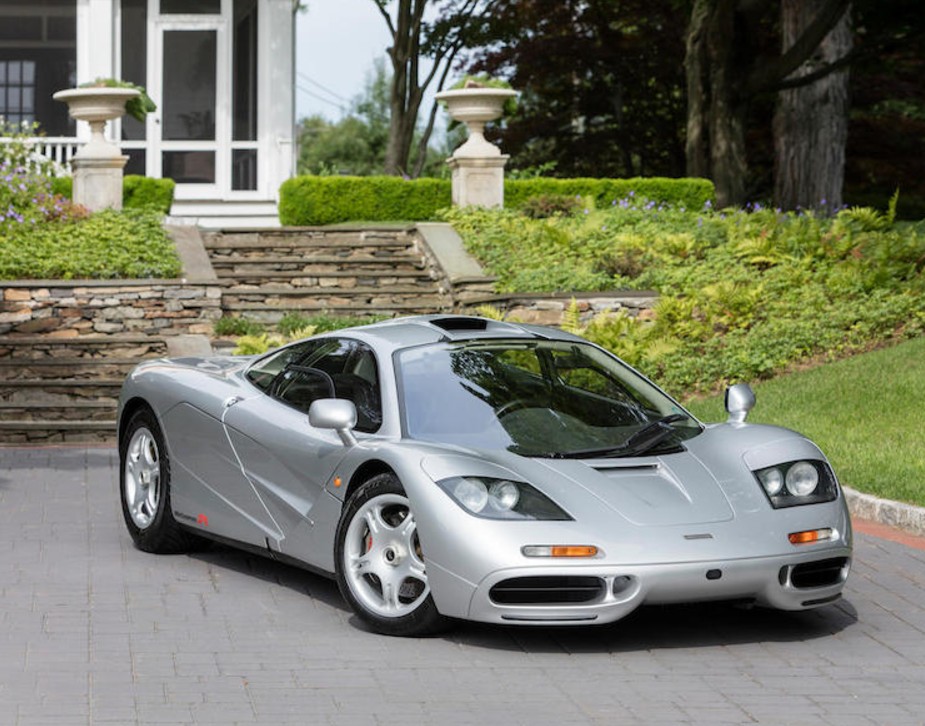 We’ll remind you that Bonhams holds the all-time Monterey Peninsula auction record (which is also the all-time auction record) for cars. This year they are giving it their all to bring in the most money on a single car – battling Gooding & Company who have a high-estimate-$16 million Porsche 917K. This car is the only other car (currently listed) that has a chance to beat that. Bonhams isn’t publicizing an estimate, but two years ago RM sold this F1 for over $13 million.

So what is it? It’s a McLaren F1 – the holy grail of supercars. The first car was delivered in 1992 – 25 years ago, which qualifies a ’92 for historic plates. The best part is this car still holds its own against every modern supercar, including McLaren’s own P1. And it does it with the basics. It’s simply the greatest.

Designed by Gordon Murray and Peter Stevens, the F1 was built by the newly-founded road car division of the McLaren Formula One Team. It’s a three seater – the driver is in the middle – and it has bufferfly doors. All modern supercars are either turbocharged, supercharged, or fitted with some crazy electric hybrid system to boost power. The F1 does it old school: it is powered by a naturally aspirated 6.1-liter BMW V-12 that makes 627 horsepower. For years after its introduction it was the fastest production car in the world with a top speed of 240 mph. It remains the fastest naturally aspirated car in the world.

There were different versions of the F1, including LM, GTR, and racecars. In total, 106 cars were built, 64 of which were road cars. This 1995 model was the first to be imported into the U.S. The F1 wasn’t quite road legal in base form, so a company called Ameritech swapped out some parts to make it fully federalized for U.S. road use. Only seven such cars were converted.

This chassis (#044) is all-original and is still in the possession of its first owner. McLaren F1s do not change hands often and they have gone way up in value in the last 10 years (I remember when they were selling for $700,000 in the late 1990s). A price of $10+ million is not out of the question for one of the greatest road cars ever built. This is an opportunity to acquire one of the best F1s in existence. You can read more here and see more from this sale here.