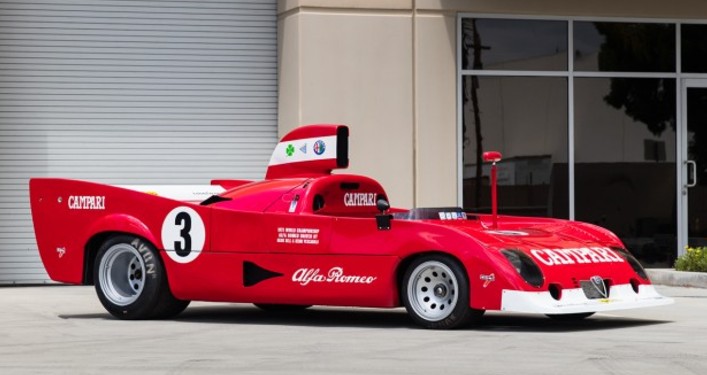 Prior to this car, the Tipo 33s were V-8 powered. For 1973, they opted to install a 3.0-liter flat-12 that puts out 500 horsepower. The “TT” does not stand for “twin turbocharged” but instead references the car’s tubular chassis. This was a factory race car, owned and operated by Autodelta S.p.A. and under their direction, it competed in the following races:

That’s just a few of the big races it competed in, as it ended up winning at least one more. For 1976, Alfa replaced the 33 TT 12s with the next generation car and this example was parked. In 1980, Autodelta dealt this car to a collector in California who has owned it since. It’s shown up at the Monterey Historics six times over the years and you can take it there next year. Only six of these were built and this one should bring between $2,400,000-$2,800,000. Click here for more info and here for more from this sale.