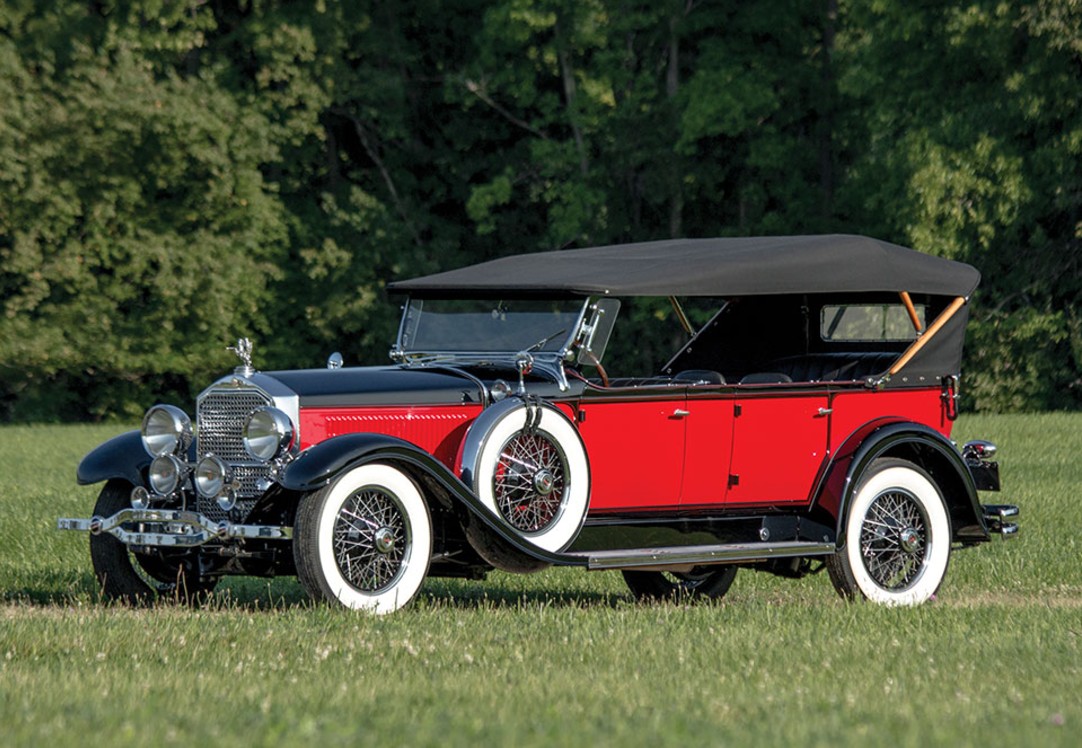 Frank Stearns sold his company to John North Willys in 1925. From 1925 through 1930, when the Stearns-Knight brand was shuttered, it operated under the corporate umbrella of Willys-Overland.

This 1929 model, one of the last Stearns-Knight cars built (as 1930 production was minimal if it occurred at all), is an example of what is probably the greatest car the marque ever sold. It looks like a large Packard of the era and is powered by a 112 horsepower 6.3-liter straight-eight sleeve-valve engine.

Only 388 of this model were built between 1928 and 1929 – only 11 survive today. This chassis originally sported a sedan body, but by the time the restoration began, the body was in too bad of shape to restore. So a factory-correct seven-passenger touring body was constructed for it. And it’s gorgeous. The J-8-90 was the pinnacle (and sort of the end of the line) for the decades of Knight-engined automobiles in the United States. You’re unlikely to come across one of these for sale in the wild because they are that good. Click here for more info and here for more from RM Sotheby’s.