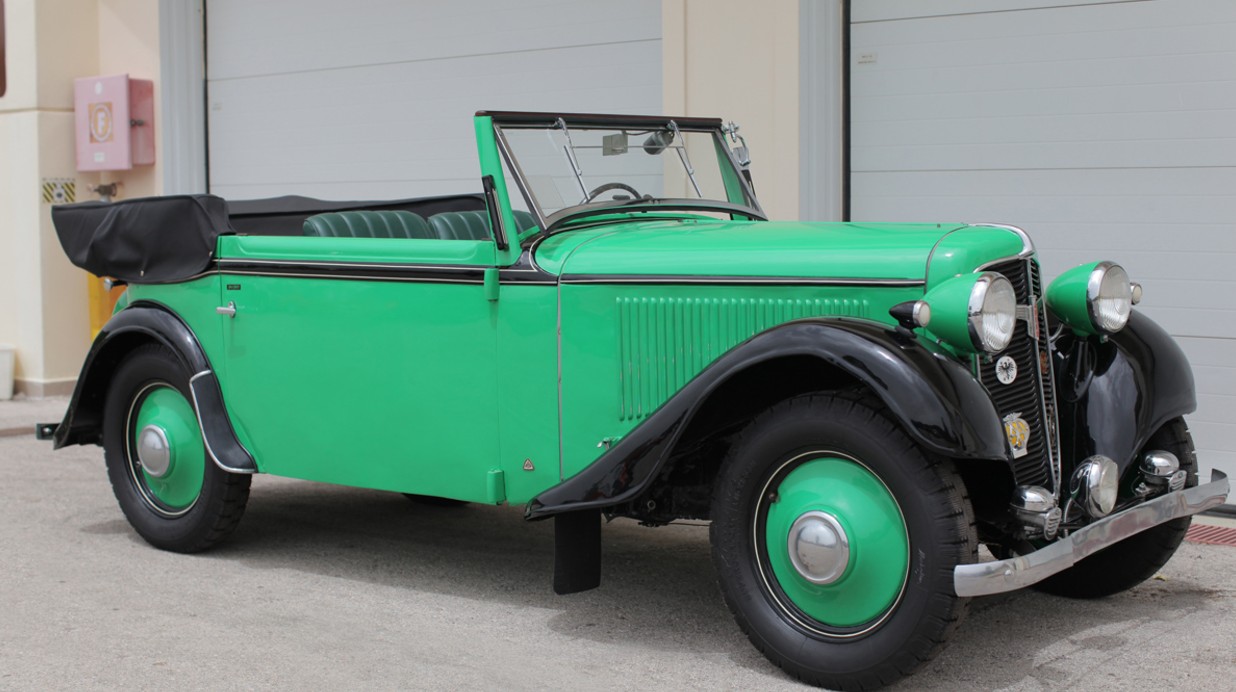 Adler was a German automobile manufacturer that got its start in 1900. Based in Frankfurt, the company introduced a pair of front-wheel drive models during the 1930s. They were the Trumpf and the smaller Trumpf Junior.

Introduced in 1934, this Junior model is powered by a 1.0-liter straight-four that makes 25 horsepower – enough to push the car to 56 mph. It was a popular model that performed and sold well.

Unfortunately for Adler, WWII came and their factory was destroyed by Allied bombs. Production did not resume after the war ended (though Adler did join with Triumph to build some motorcycles through the 1950s). This example was restored in 1992 and has been on museum duty since 2000. It should sell for between $14,000-$21,000. Click here for more info and here for more from this sale.