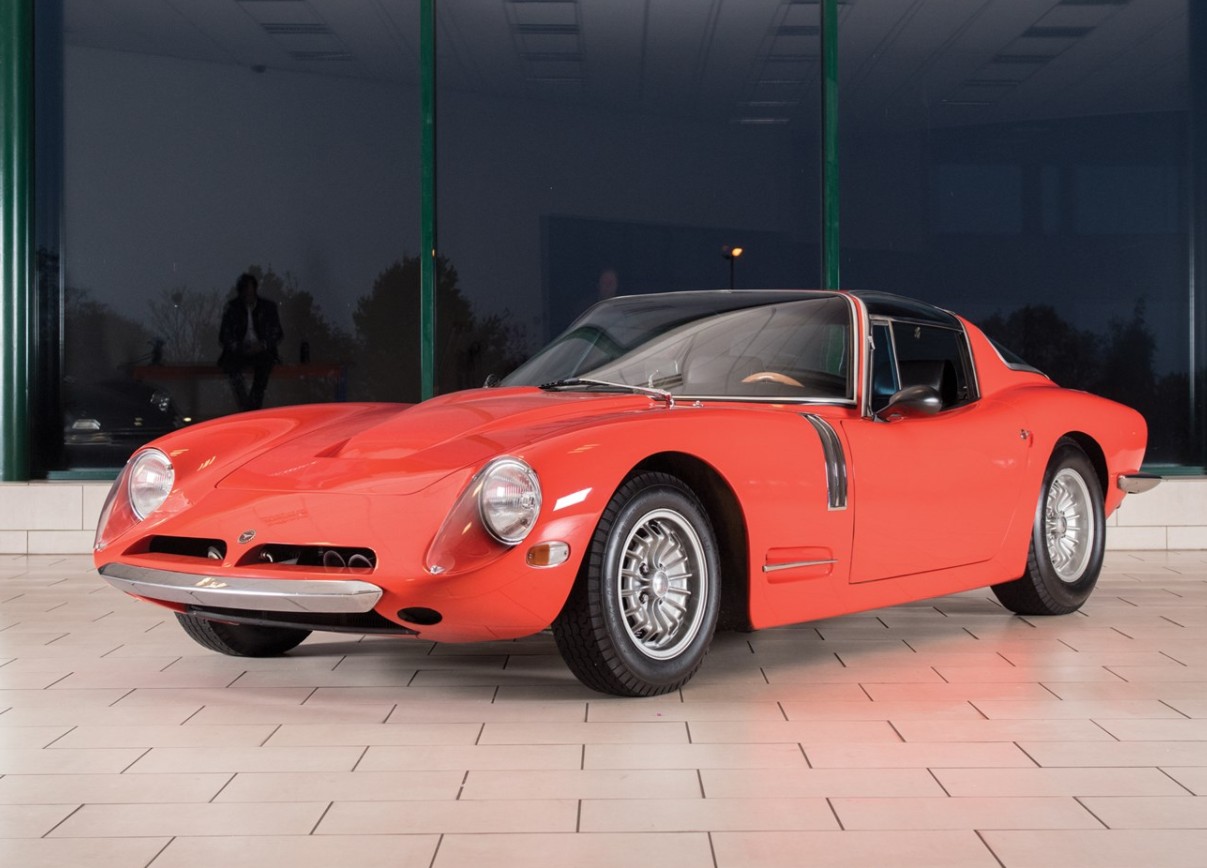 Giotto Bizzarrini founded his company in Livorno, Italy, in 1964 after getting canned by Enzo Ferrari and after having worked at ATS and Iso. Bizzarrini S.p.A. built some race cars and their first road car was based on the Iso Grifo A3C and it was called the 5300 GT Strada.

It was a stunning road car and sold in small numbers and would ultimately be their most successful model. Meanwhile, Bizzarrini was working on a version of the 5300 GT for General Motors’ Opel division. It was a lighter model with a smaller engine. He liked it enough that he ended up building the car himself, and he called it the 1900 GT Europa.

It’s powered by a 1.9-liter Opel straight-four that makes 110 horsepower (a few cars had a 1.5-liter Fiat unit). With a fiberglass body, these cars are extremely light, making them good performers. Only 17 left the factory between 1966 and 1969, though a few more may have been assembled after the company closed down using spare parts.

Bizzarrinis rarely come up for sale, and the Europa model comes up for sale even less often. This one should bring between $300,000-$350,000. Click here for more info and here for more from RM in Paris.