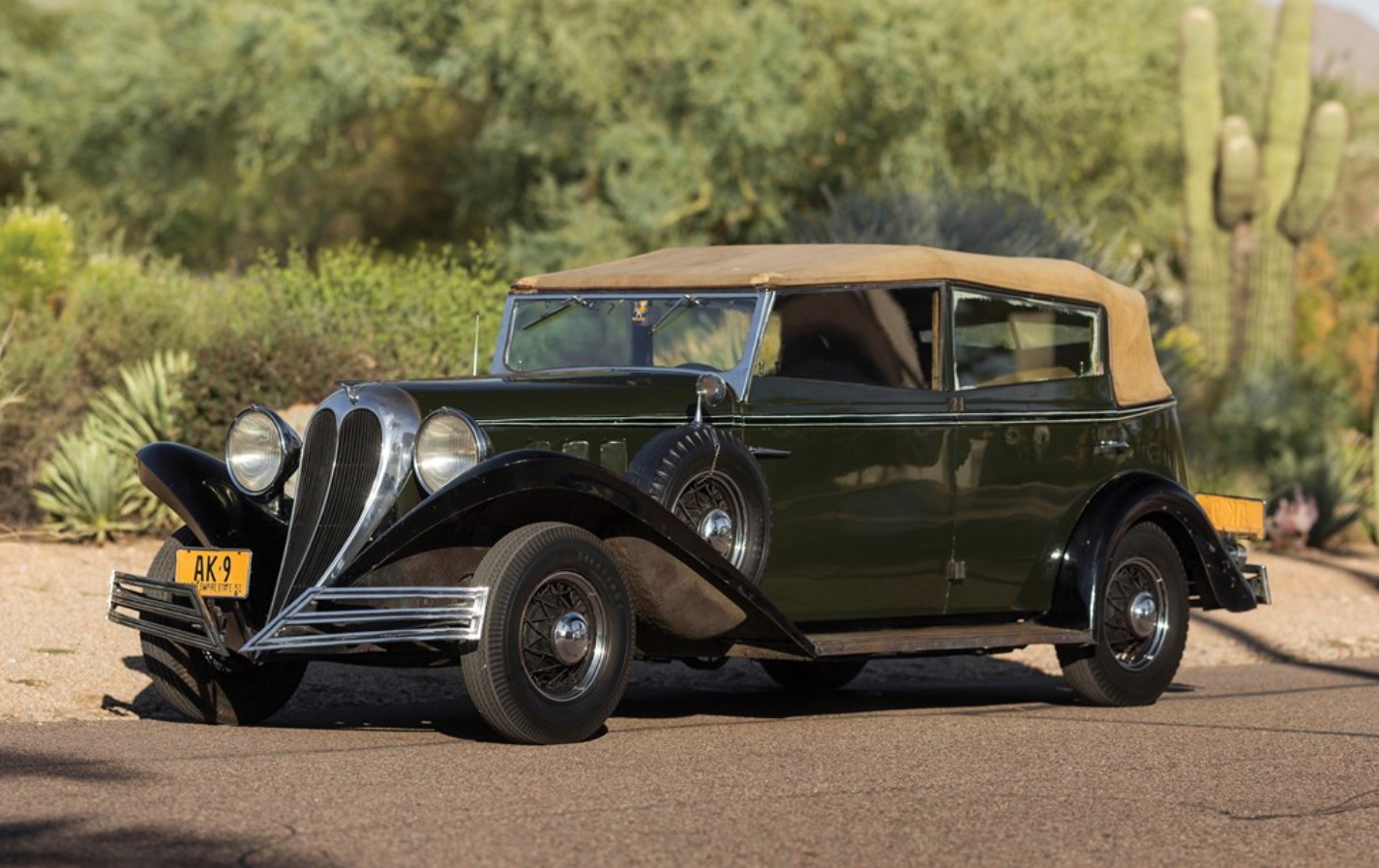 Brewster & Company was a company originally based in Connecticut that ended up in New York. They started as a carriage company and then turned to coachbuilding. Unlike most coachbuilders, Brewster also built some cars of their own right after WWI. That endeavor lasted 10 years before they went back to just coachbuilding.

In the 1930s, J.S. Inskip, the sales director at Brewster, purchased 135 bare Ford V-8 chassis and Brewster built custom bodies for the cars and sold them as Brewster-Fords. The cars were popular, but it wasn’t enough to save the business and Brewster was liquidated in 1937.

This car is powered by a 95 horsepower, 3.9-liter V-8. The styling is swoopy, for an American car, and that distinctive Brewster grille also works well for clearing snow off of rail tracks (we’re kidding… sort of). Only nine Convertible Sedans were built and only four are known to exist, with this being the best unrestored example. It should bring between $100,000-$150,000. Click here for more info and here for more from this sale.