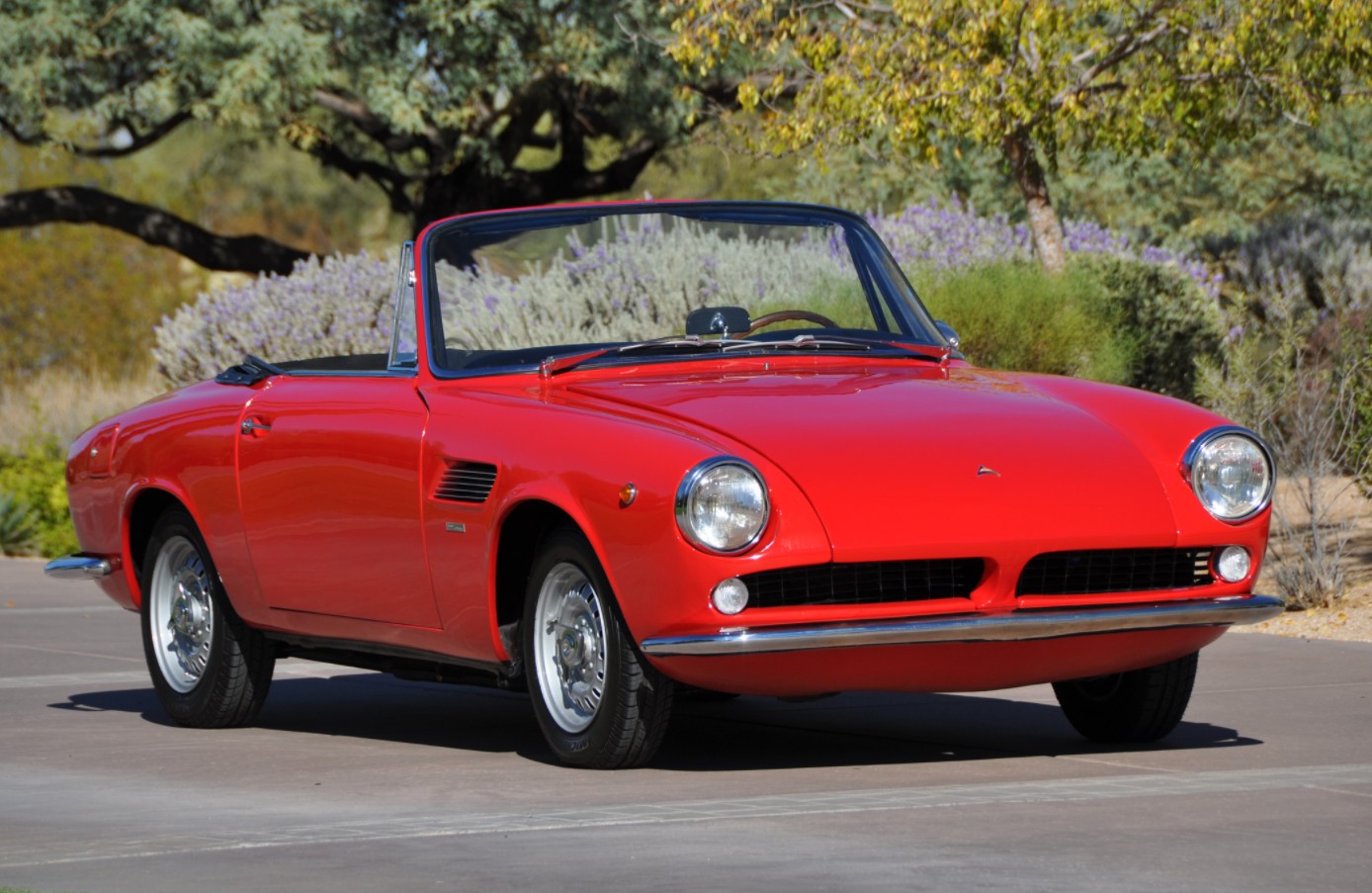 Autocostruzioni Societa per Azioni, or ASA, was a small Italian car company that got their start in 1962. They built small, attractive sports cars through the end of the decade. Interestingly, the cars were developed with a little help from Ferrari’s top guys, namely Gioacchino Colombo and Giotto Bizzarrini.

Colombo was responsible for the 1.1-liter straight-four that put out 95 horsepower. Bizzarrini designed the tubular chassis, work he was familiar with from his time spent on the 250 GTO. ASA’s most popular model was the 1000 GT, with a 1.0-liter engine, but two cars – this being one of them – snuck out of the factory with an extra 100cc.

Most of ASA’s cars were coupes. They only built a few convertibles, and this convertible, like the hardtops, wears a body by Bertone. ASA built about 125 cars before production ceased in 1969. Check out more about this car here and see the rest of Russo & Steele’s lineup here.