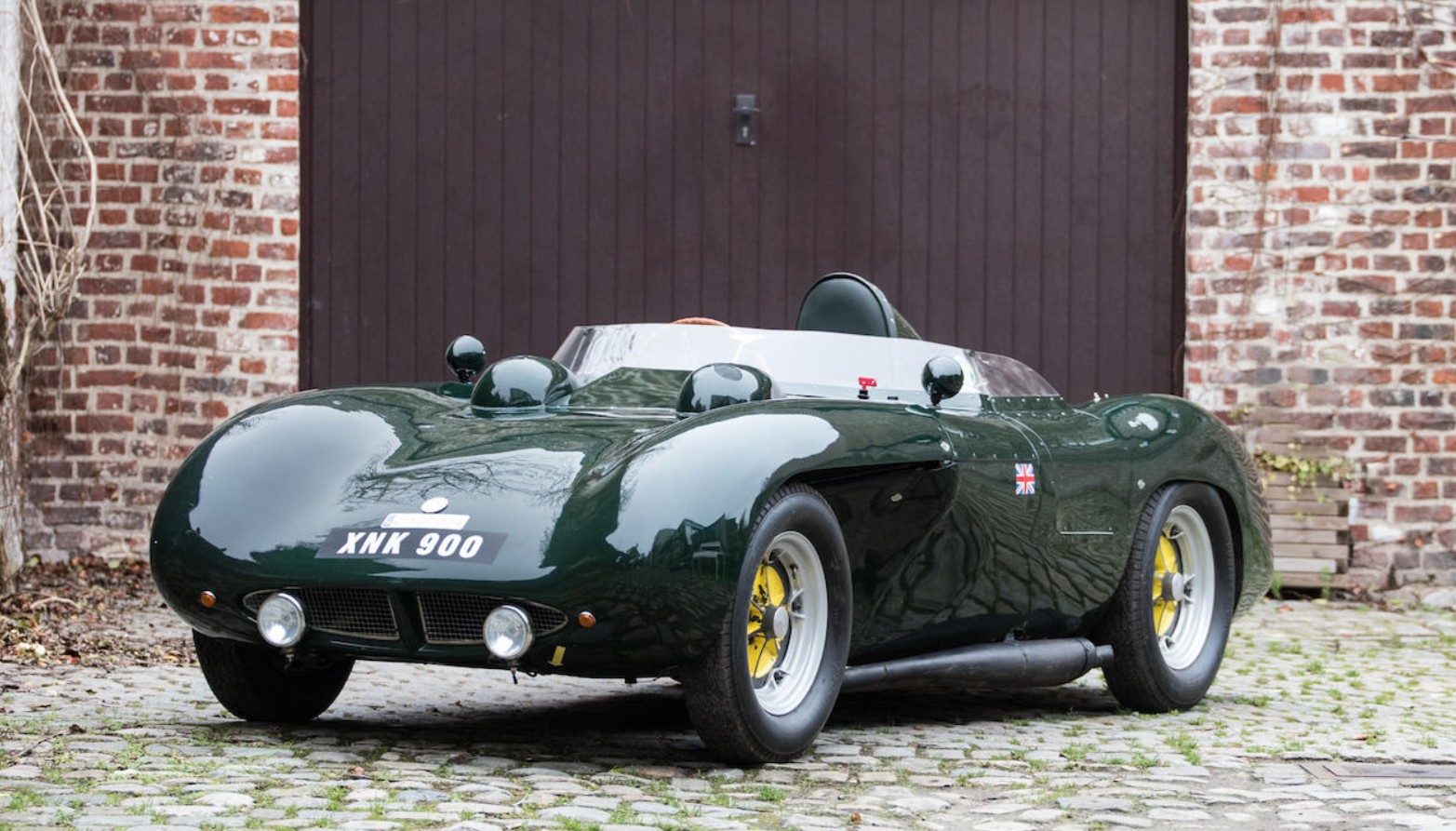 Here is another one-off sports racing special carrying the name of John Tojeiro. In this case, Tojeiro wasn’t really involved with building the car at all. Instead, a racer named Major Ronald Clare Clifford Palmer bought a chassis from Tojeiro’s company and built his own car, using an engine from Archie Butterworth.

Butterworth had been designing and driving race cars since the end of WWII and had created a series of small four-cylinder engines for Formula 2 competition. It was one of these engines that Palmer and a friend purchased to install in this car. It’s a 1.5-liter flat-four, race-prepped and ready to run.

The body was custom built and pretty much looks like they sprayed liquid fiberglass over the components and let it dry. It’s a tight fit, which helps keep the weight down. The current owner bought it in 2011 and this thing has been completely gone over. It’s raced in historic events are some great tracks around Europe and now it’s someone else’s turn to enjoy it. It should bring between $110,000-$160,000. Click here for more info and here for more from this sale.