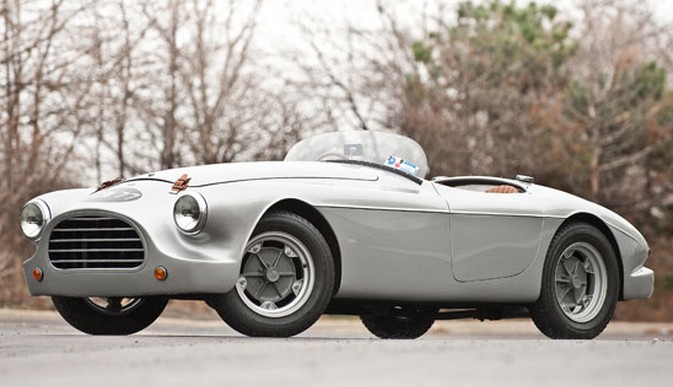 John Tojeiro was born in Portugal but relocated to England when he was very young. That move was important because after World War II, in which John served, England would become a hotbed for race car building.

Tojeiro made his name as a chassis engineer and once he was established, customers were contacting him and commissioning him to build one-off race cars. Tojeiro’s first car was powered by a Bristol engine and the body was supposed to look like a Ferrari 166 MM. Shortly after that, Tojeiro built two or three MG powered cars with a similar body. This is one of those cars.

The engine is a 1.5-liter MG straight-four, power output unknown – but likely less than 125. One of the three cars like this was driven to the AC headquarters and AC repainted it blue, put one of their engines in it, and displayed it as the AC Ace. So this car (which was not used by AC) is sort of the prototypical AC Ace. Which is pretty cool if you think about it (and if you refuse to think about it, I’ll tell you: the Ace became the Cobra. Shelby Cobras can directly trace their origin to this car).

This car was raced on road courses by privateers until the end of the 1954 season. It finished every race. It has bounced between owners quite a bit since then (and even a fair amount in the past five years). This car sold in Monterey last year at a different auction for a touch more than $150,000 and it sold twice in 2011 for about the same price (a little less). We’ll see what it brings this time around as the market continues to improve. Click here for more info and here for the rest of Russo & Steele’s Newport Beach lineup.