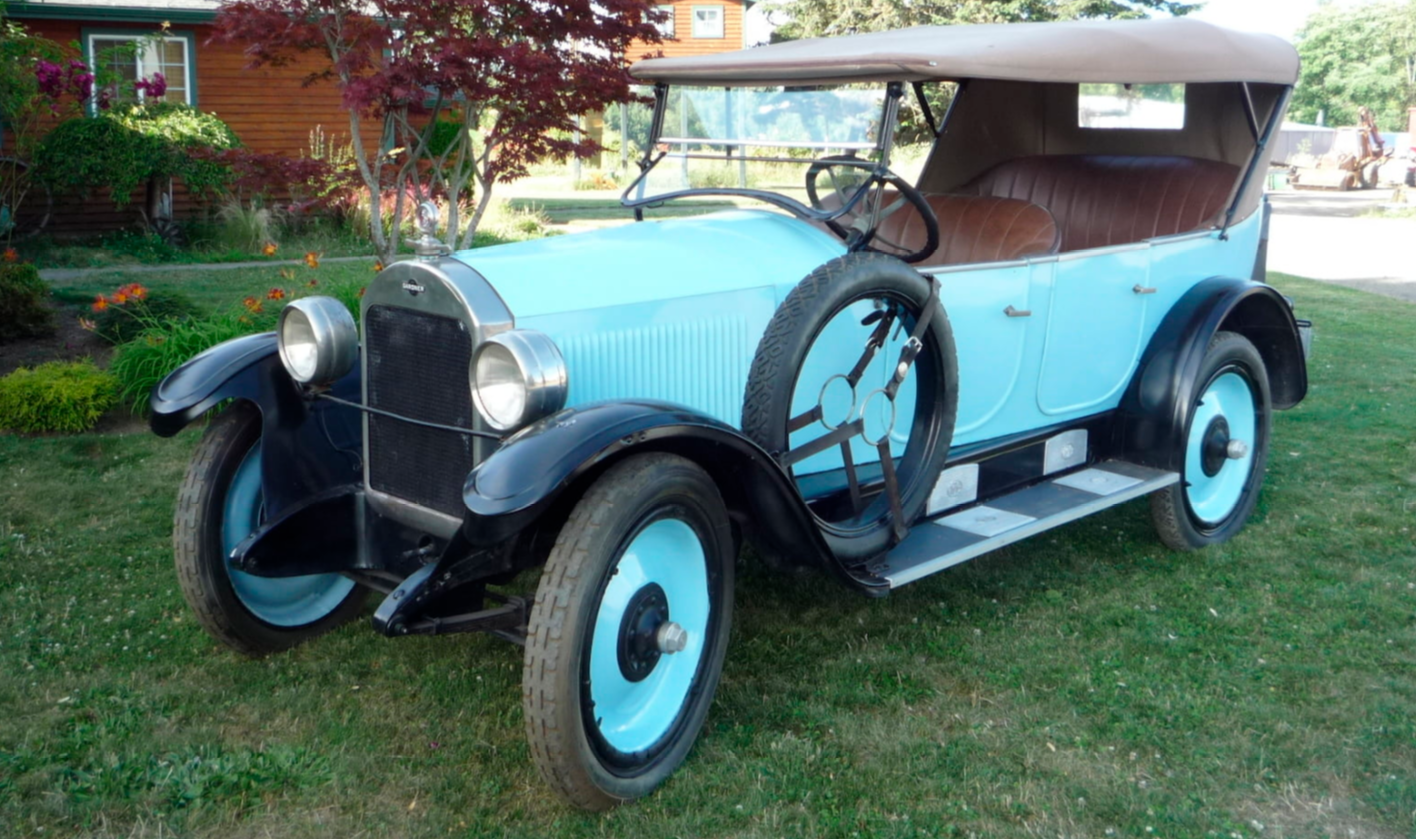 Based in St. Louis, Gardner got their start as a car company by first building bodies for Chevrolet before become a satellite Chevy manufacturing plant. After WWI, Russell Gardner and his sons, Russell Jr. and Fred, sold the Chevy business to GM and set up the Gardner Motor Company to build their own cars.

Early Gardners were nothing special and fell in the mid-range of cars on sale in the early 1920s. The Model 5 was built between 1923 and 1925. It’s powered by a 43 horsepower, Lycoming straight-four. The Radio Special was a trim package on the Model 5 that came with some extra equipment, namely a nickel-plated radiator shell, aluminium step plates on the running board, steel wheels, and a tan leather interior. All of those things this car appears to still have. There are a number of things, like a front bumper, cowl lights, and a fender mirror, that appear to be missing.

The Radio Special was announced as early as March of 1923 and apparently could still be had in 1925. It was the top of the four-cylinder line and even out-priced Gardner’s 1925 six-cylinder entry by a not-insignificant $200. To find one today is pretty rare but it’s an early insight into Gardner’s later, more upscale offerings. The last Gardners rolled off the line in 1931 and here’s your chance to get one. Click here for more info and here for more from Mecum.