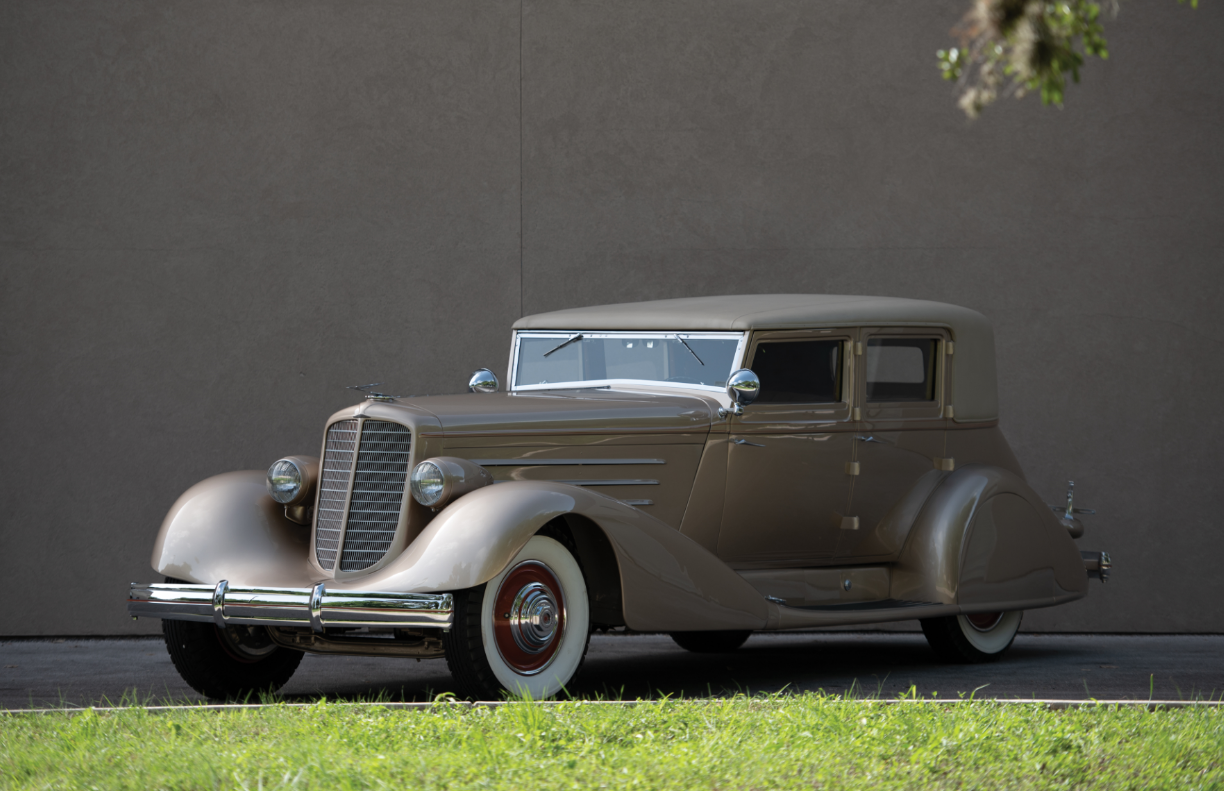 The Duesenberg Model J was introduced in 1929, and the car you see here is a very early example, carrying engine number J-118, or the 18th example built. But this is not how a normal 1929 Duesenberg would have looked.

Originally bodied as a Derham Sedan, this car was the first Duesenberg bodied by that firm. Sometime in the 1930s, the car ended up in the Santa Barbra Channel and was then sold to a new owner. As some of the car was ruined, he sent it to Bohman and Schwartz to update the bodywork and interior. So it now carries a mid-30s streamlined design.

The 265 horsepower, 6.9-liter straight-eight is original, however. Part of the Blackhawk Collection in the mid-1990s when it was last repainted and freshened, this car has been the same collection for the better part of a decade and should bring between $750,000-$950,000 at auction. Click here for more info and here for more from this sale.