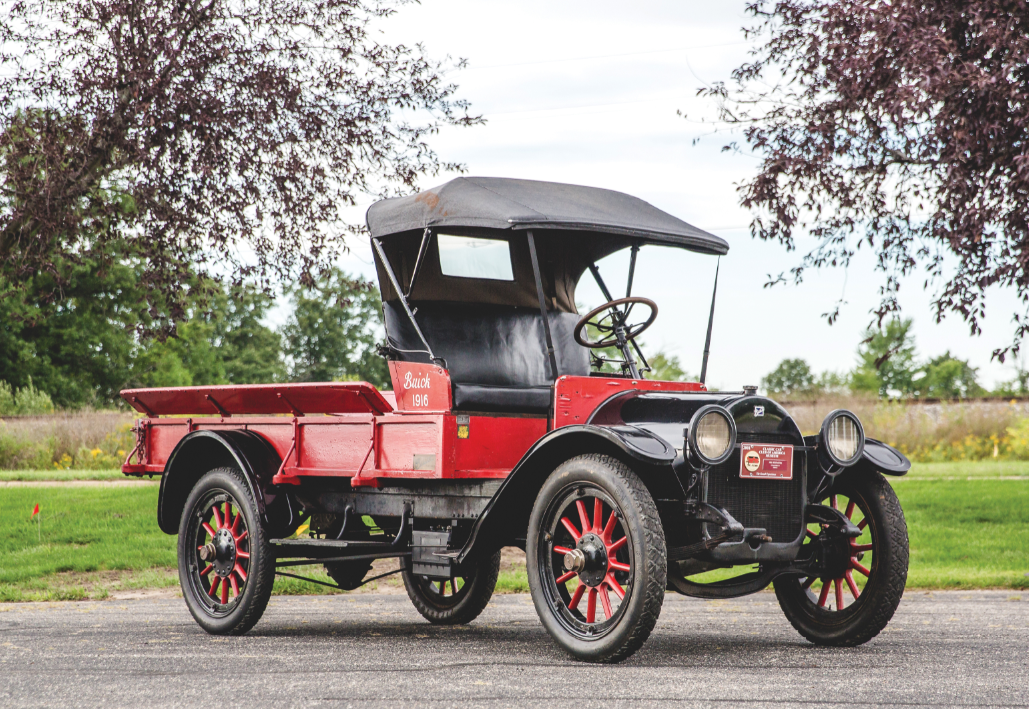 Whaaat? That’s right, Buick once built trucks. And not like a Buick Rendezvous pseudo-SUV thing. Like real trucks. Between 1910 and 1918 the company’s passenger car chassis were used for commercial vehicles. It happened again in 1922 and 1923. Oldsmobile had similar offerings.

This is a D-4 Express and it’s powered by a straight-four engine. Apparently, with the exception of a repaint in 1951, the truck is entirely original, which is pretty amazing. Commercial vehicles were meant to be used and used hard. This one somehow survived without being completely worn out.

Trucks like this, even from Buick, were popular during WWI. This one was initially used as a service department truck for a Buick dealership in Indiana. Only one other example is thought to exist and this one should bring between $20,000-$30,000. Click here for more info and here for more from this sale.