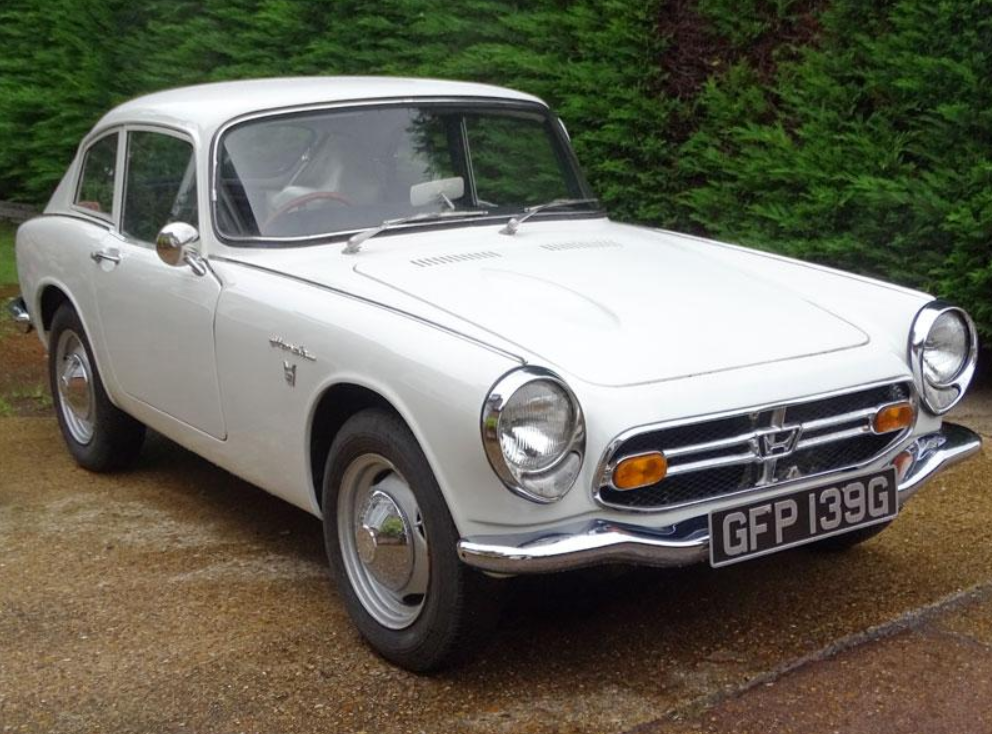 The S800 was Honda’s third sports car, after the S500 and S600. It was the second that could be had as a coupe or convertible. We’ve previously featured an S800 Roadster and this is the much rarer coupe variant.

Introduced in 1966, the S800 is powered by a 791cc DOHC straight-four. These cars are screamers, with a tachometer that lets you rev it like it’s a superbike. Along with the Datsun Roadster, these were Japan’s answer to tiny British cars from Austin-Healey, MG, Triumph, and the like.

This 56,000-mile example has had three owners. Apparently, it has a starter issue, so it will need a little work before being roadworthy. Only 11,536 S800s were built, many of them drop-tops. This rare coupe should bring between $14,000-$17,000. Click here for more info and here for more from this sale.