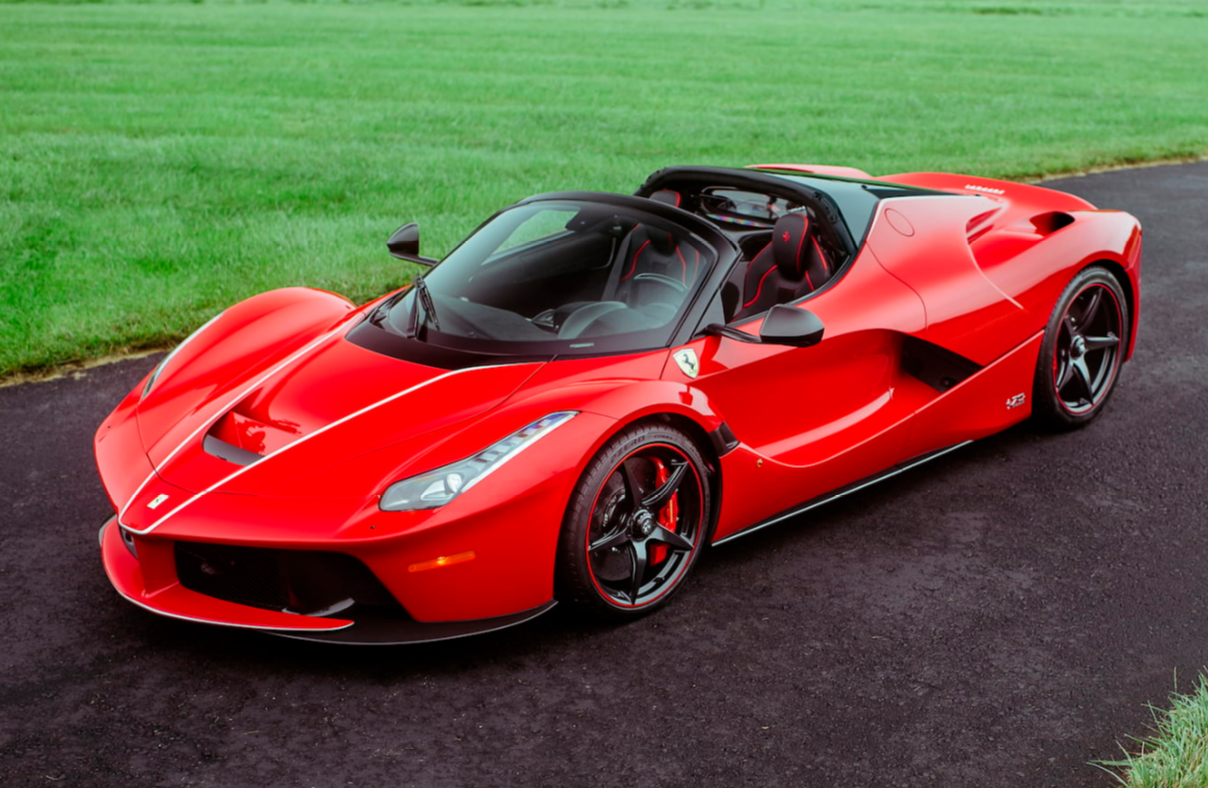 This is Ferrari’s most-recent halo car. They built 500 examples of the LaFerrari Coupe between 2013 and 2016. The roadster version (well, it’s more of a targa) of this hypercar went on sale in 2016 and production wrapped up earlier this year. Only 210 examples were built.

This car is powered by a 949 horsepower gas/electric system made up of a 789 horsepower, 6.3-liter V12 hooked up to an F1-style KERS electric motor that adds an extra 160 horses. This drop-top will hit 217 mph, wigs be warned. It was optioned with a $62,000 carbon fiber hardtop. Take that, insane Porsche options list.

This isn’t the first such example to head to auction, but Mecum has been making a big deal of revealing that they would be selling this one (which only has 174 miles on it). If it sells, it will likely be the biggest dollar car at their massive Kissimmee sale this year. Click here for more info and here for more from Mecum.