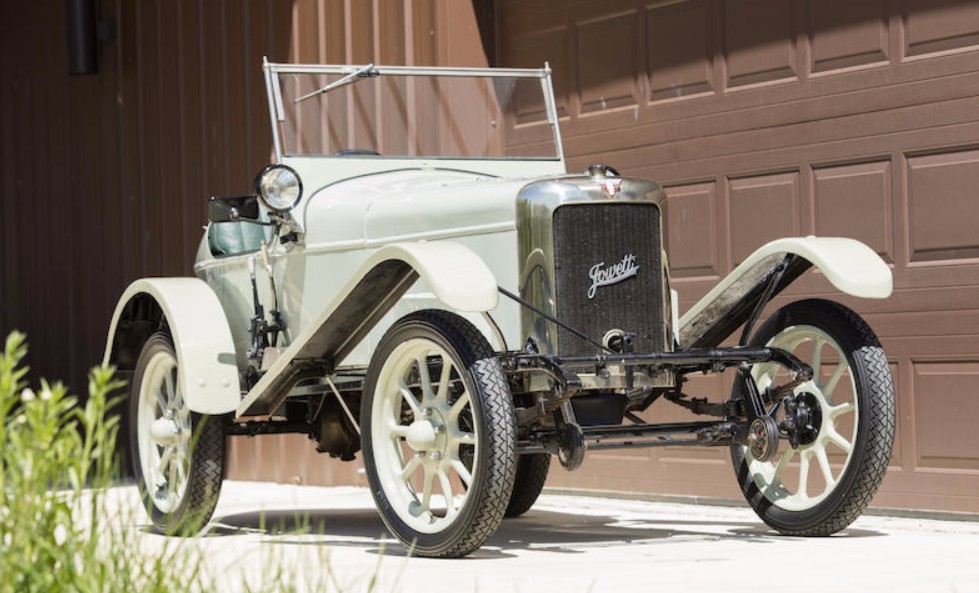 Benjamin and William Jowett (along with a man named Arthur Lamb) founded Jowett in 1901 as a cycle manufacturer. Automobiles went on sale in 1906 and Jowett, unlike most British manufacturers, stayed independent their entire life before going out of business in 1955. Among their most famous products was the sporty Jupiter from the 1950s.

What we have here is a very rare, early car. You don’t see many pre-1930 Jowetts. The 7/17 is powered by a 907cc flat-twin making 17 horsepower. It’s a light, small car with very sporty bodywork that was applied in the 1970s (the car was originally a Tourer). Although the body is not original, it is said that it was constructed with “mostly Jowett parts.”