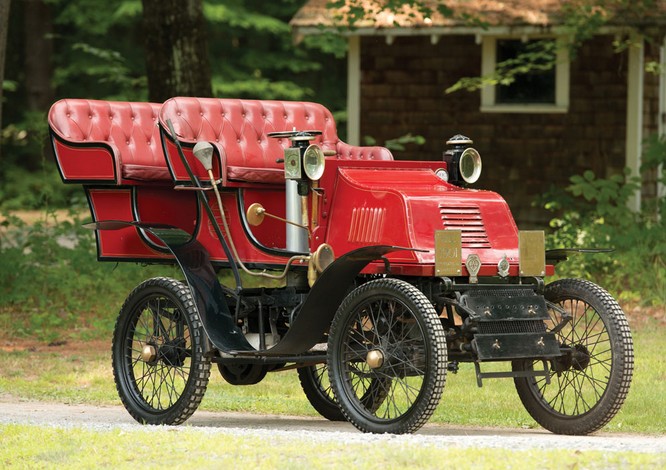 Here’s a strange one. Most car people, when they see the brand name “International,” think of the famous International Harvester Company, which did indeed build cars prior to WWI. But this International is actually from London. The company (the International Motor Car Company) was founded in 1898 and lasted through 1904.

They didn’t actually build their own cars – instead, farmed out the construction of them to other companies, only to sell them under their own brand name. Anyone remember when Saturn was going out of business and Roger Penske wanted to buy it and run the company in a similar fashion? That is, until GM said “Uhhh, don’t think so.”

Anyway, this car was built by Allard & Co. (no, not that Allard) in Coventry and uses a six horsepower 823cc single-cylinder engine. It was restored by the original purchasing family in the 1960s and needs a slight freshening to be road-worthy. You can get started here soon, for the cost of $70,000-$100,000. Click here for more info and here for more from this awesome sale.