Well here’s a car that probably shouldn’t still exist. Mignonette-Luap was a short-lived product of Jiel-Laval et Cie of Bordeaux, France. Produced only between 1899 and 1900, this small voiturette could potentially be the only remaining example of the marque.

Power is from a 2.25-horsepower De Dion-Bouton single-cylinder engine mounted at the rear. In a case of making customers feel good about their purchase, the car was also equipped with pedals should you need to bike it the rest of the way home after the engine failed.

But no fear, it has completed the London-to-Brighton three times since 2011. It has tiller steering, a two-speed gearbox, and an Amal carburetor from a much later motorcycle. It also has a pre-sale estimate of $65,000-$71,000. Click here for more info and here for more from this sale.

This interesting car is described as the first motorized (non-electric) taxicab in New York City. But something is a little odd. The Rockwell was a car named for Albert Rockwell, who sold the car under the Connecticut Cab Company banner with Charles Treadway, Ira Newcomb, T.H. Holdsworth, and Ernest Burwell. But they didn’t build the cars. The Bristol Engineering Company of Bristol, Connecticut did.

Moreover, they didn’t actually found the company until 1910. The story goes that in 1909 there were 11 of these on the streets, replacing the electric cab business that went under in 1907. By 1910, 200 Rockwell cabs were roaming Manhattan. Shortly after, a new taxi company took over and imported cabs from France.

Furthermore, this car is believed to have been electrically-powered at first, before being converted to its current water-cooled gasoline engine in 1910 for Mr. Rockwell himself. So was it actually built in 1900, a full decade before Rockwell (the company) got off the ground? Or was it built circa 1909? Who knows. The car has spent most of its life in a serious of museums and is seriously interesting, regardless of when it was built. This is what NYC taxis looked like 110 years ago.

It’s unclear how many are left, or if this is the only one. It will sell without reserve. Click here for more info and here for more from this sale.

How Harry A. Knox became to be an automobile manufacturer probably has something to do with how this car looks. His neighbor happened to be J. Frank Duryea, who along with his brother, was one of America’s first automobile producers. And their early cars looked a lot like this (three-wheelers included).

Here’s a later Knox, and a much larger, more traditional example. When I think of this marque I think of tiny, early runabouts like this one. But later on, they certainly built big tourers as well.

The Model R was sold in 1910 through 1912 and it is powered by a 40 horsepower, 6.1-liter straight-four. It has shaft drive and is finished in an attractive combo of blue with red wheels. The restoration is described as older, but with big power on tap, it should be a nice, usable car.

The seven-passenger touring body style was only available on the Model R in 1912, after the wheelbase was extended to 122″. But who knows, anything is possible with old cars. This one should bring between $175,000-$250,000. Click here for more info and here for more from Bonhams.

The setup of the modern cars we drive can trace their roots back to something designed by Panhard et Levassor around the turn-of-the-century. Their system was simple: four wheels, engine up front, rear-wheel drive, and a transmission. Yeah, they were the first company to use a gearbox… and a steering wheel… and a front-mounted radiator. You get the idea.

This car is powered by a 4.4-liter straight-four engine that was rated at 16 taxable horsepower when new. Only eight of these cars were built between 1899 and 1900. Then, the engine was updated for 1901, and Panhard cranked out 153 additional examples through 1903.

It was restored during British ownership, where it remains, and it has been updated with modern conveniences like an electric starter. It’s a great London-to-Brighton car and should cost its next owner between $315,000-$375,000. Click here for more info and here for more from this sale. 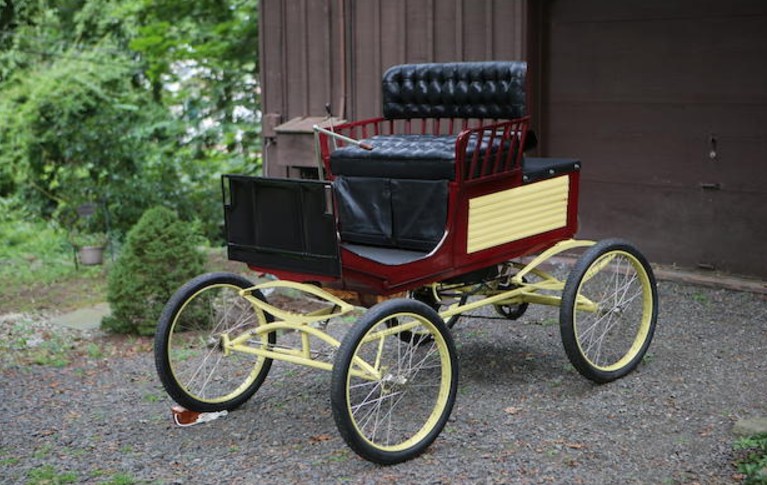 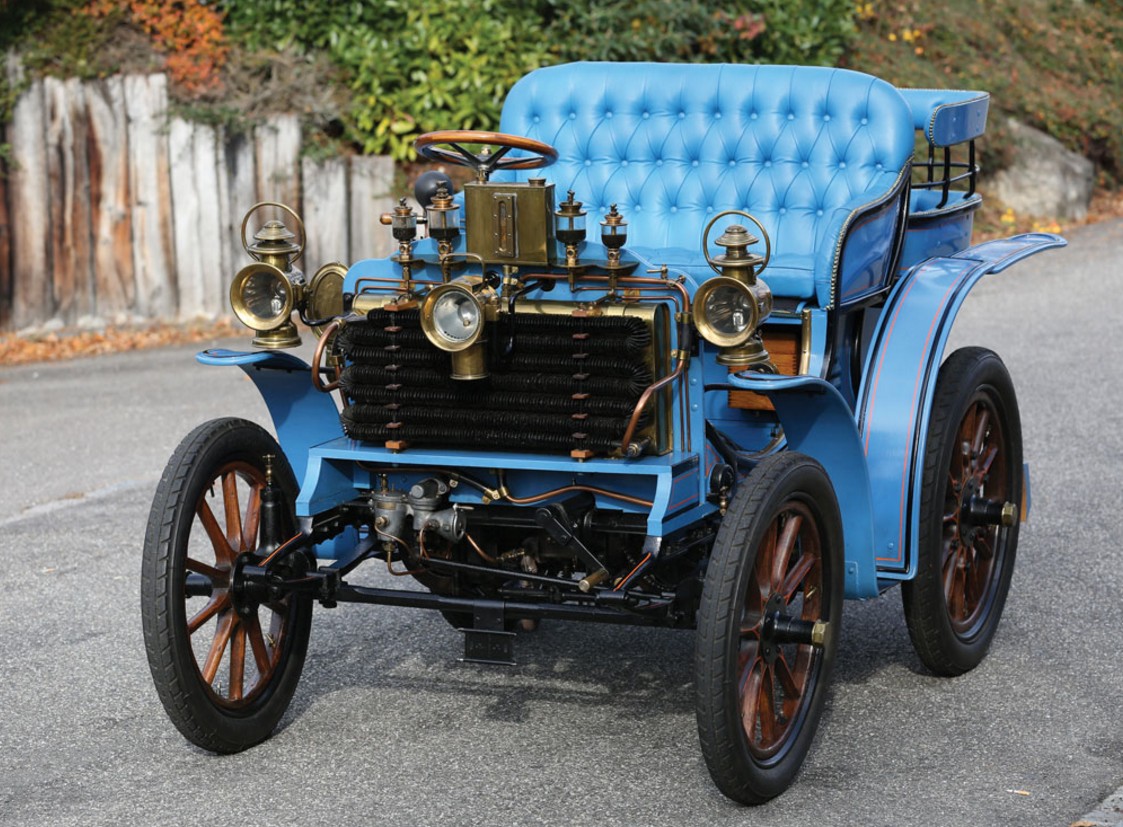 Louis Bardon founded his automobile company in 1899 in Puteaux, France. The company produced cars up through 1903 when Georges Richard took over the plant and used it to manufacture Unic cars.

Bardon built a number of different cars over the short lifespan of the company. This car is powered a 4/5 horsepower 1.2-liter opposed-piston single-cylinder engine. That means that there are two pistons that share the same cylinder. It’s a really strange and interesting powerplant.

Only three Bardon cars are known to exist and the other two are in long-term collections, unlikely to come up for sale in the near future, if ever. The restoration on this car was completed a while back but is still a good runner, driver, and shower. Click here for more info and here for more from this sale. 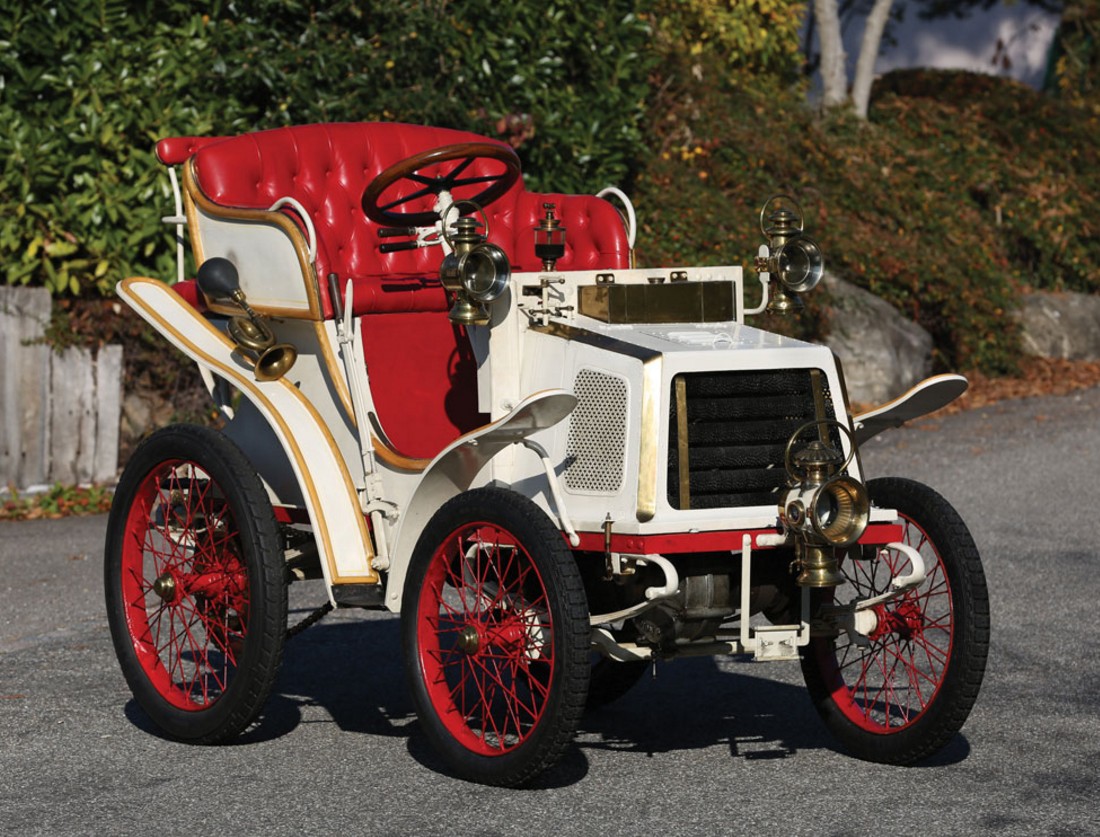