MacDonald Truck & Tractor Company was founded in San Francisco in 1920. There weren’t a lot of California-based automobile companies way back in the day. But MacDonald’s specialty was low-bed trucks. These were meant for use at docks or in warehouses, of which the West Coast had plenty.

This is a gargantuan machine, and very odd looking today. It has front-wheel drive, hydraulic power steering, and hydraulic brakes. The 6.3-liter Buda inline-four drives the front wheels through a complicated system of chains and driveshafts. It weighs eight tons. Empty!

The design looks so foreign because we don’t have a need for such trucks anymore. It’s got a low bed because fork lifts didn’t exist in 1920. After WWII, MacDonald was acquired by Peterbilt, and the brand disappeared around 1952. Click here for more info and here for more from this sale.

The Model A was Duesenberg’s first production automobile after years of building racing cars and engines. It was a few other firsts as well: it was the first car produced with hydraulic brakes and the first U.S.-based production car with a straight-eight engine.

It’s powered by a 4.3-liter straight-eight, in fact, that makes 88 horsepower. Production lasted from 1921 through 1926, and only about 650 examples were produced. This one comes from near the end of the run and wears an Opera Coupe body by the McNear Body Company of Brookline, Massachusetts.

The short-lived Mier was built by the Mier Carriage and Buggy Company of Ligonier, Indiana, in 1908 and 1909. Solomon Mier, and his son A.B., built about 100 cars during that time before returning to the horse-drawn buggy industry, where they managed to stay in business into the 1920s.

How Harry A. Knox became to be an automobile manufacturer probably has something to do with how this car looks. His neighbor happened to be J. Frank Duryea, who along with his brother, was one of America’s first automobile producers. And their early cars looked a lot like this (three-wheelers included).

Here’s a later Knox, and a much larger, more traditional example. When I think of this marque I think of tiny, early runabouts like this one. But later on, they certainly built big tourers as well.

The Model R was sold in 1910 through 1912 and it is powered by a 40 horsepower, 6.1-liter straight-four. It has shaft drive and is finished in an attractive combo of blue with red wheels. The restoration is described as older, but with big power on tap, it should be a nice, usable car.

The seven-passenger touring body style was only available on the Model R in 1912, after the wheelbase was extended to 122″. But who knows, anything is possible with old cars. This one should bring between $175,000-$250,000. Click here for more info and here for more from Bonhams. 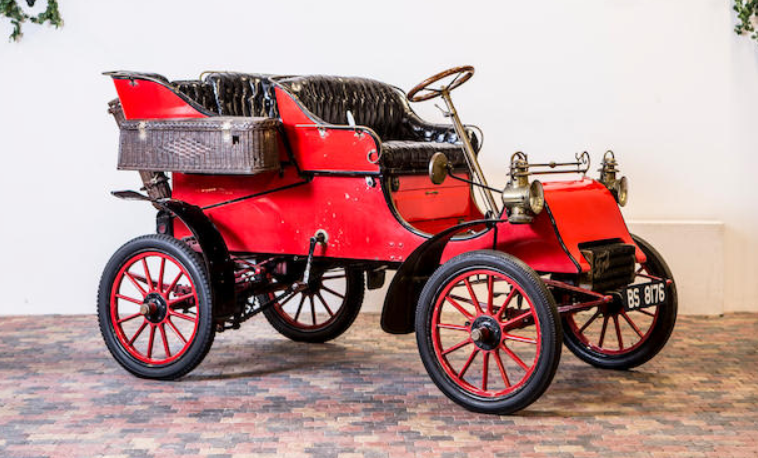 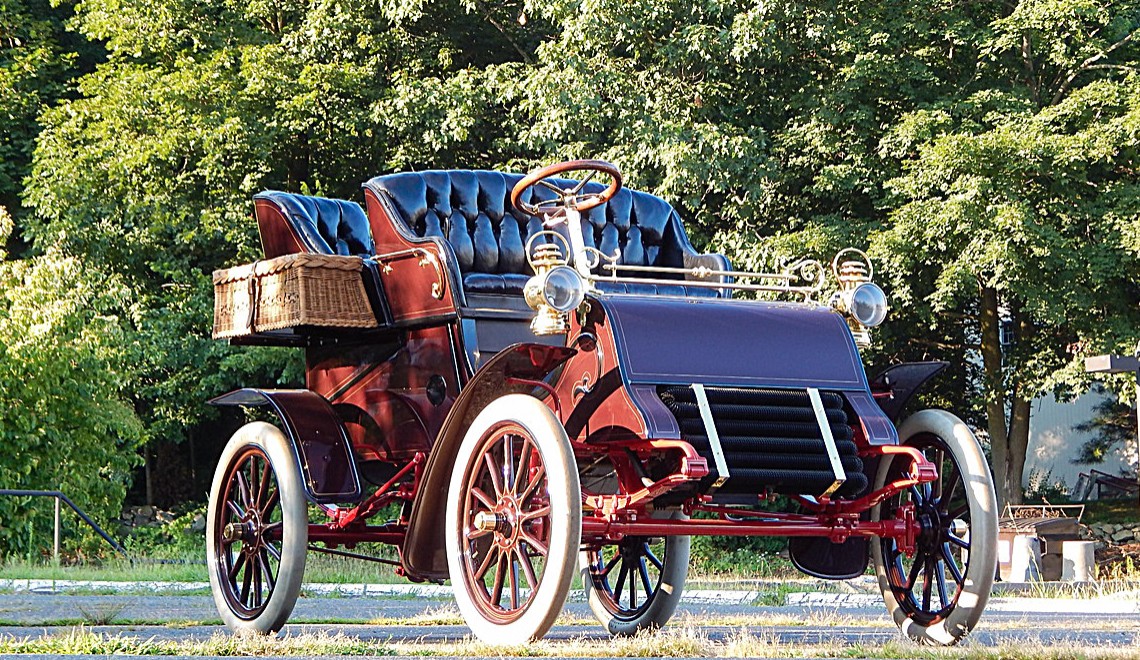 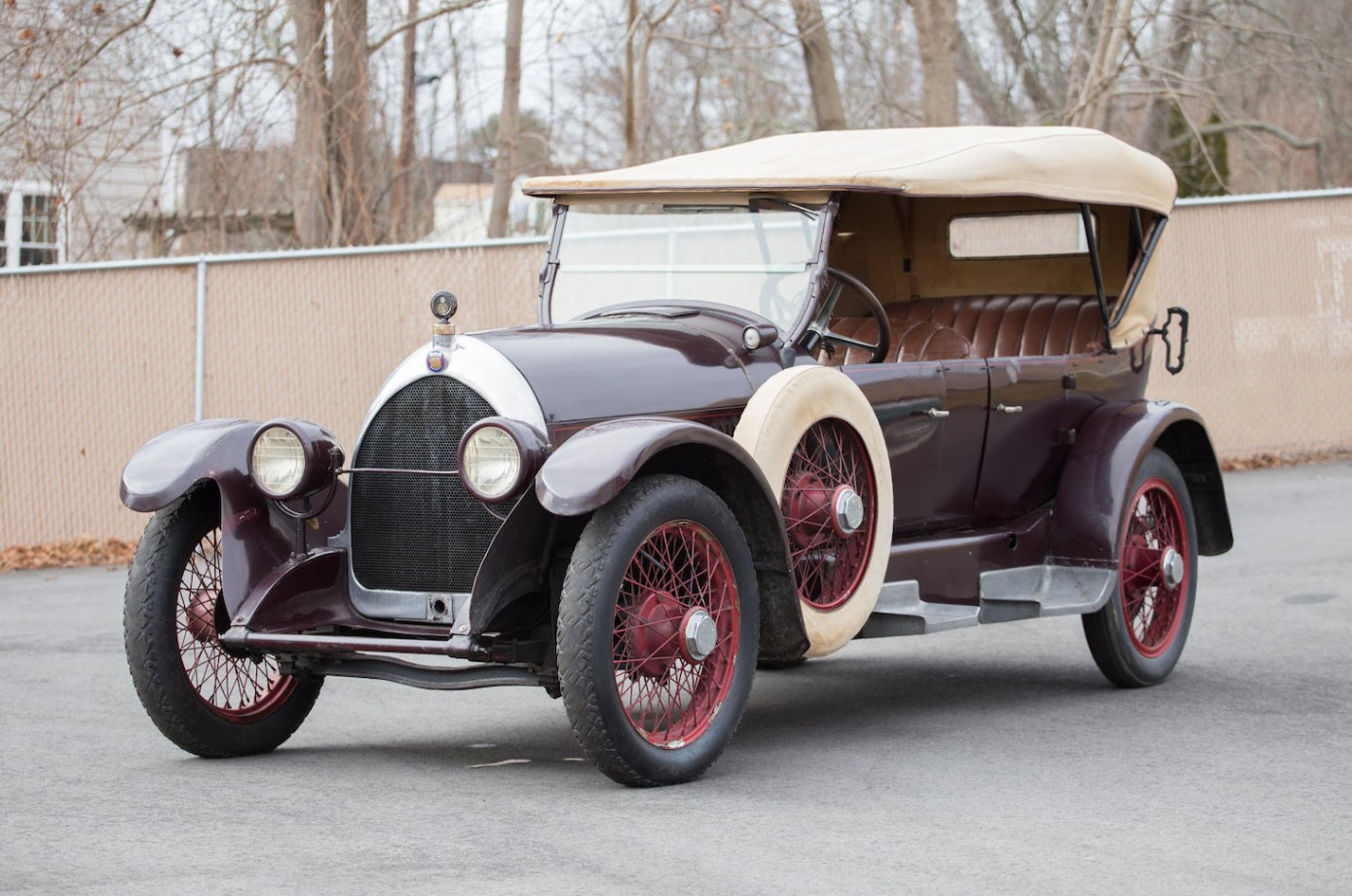 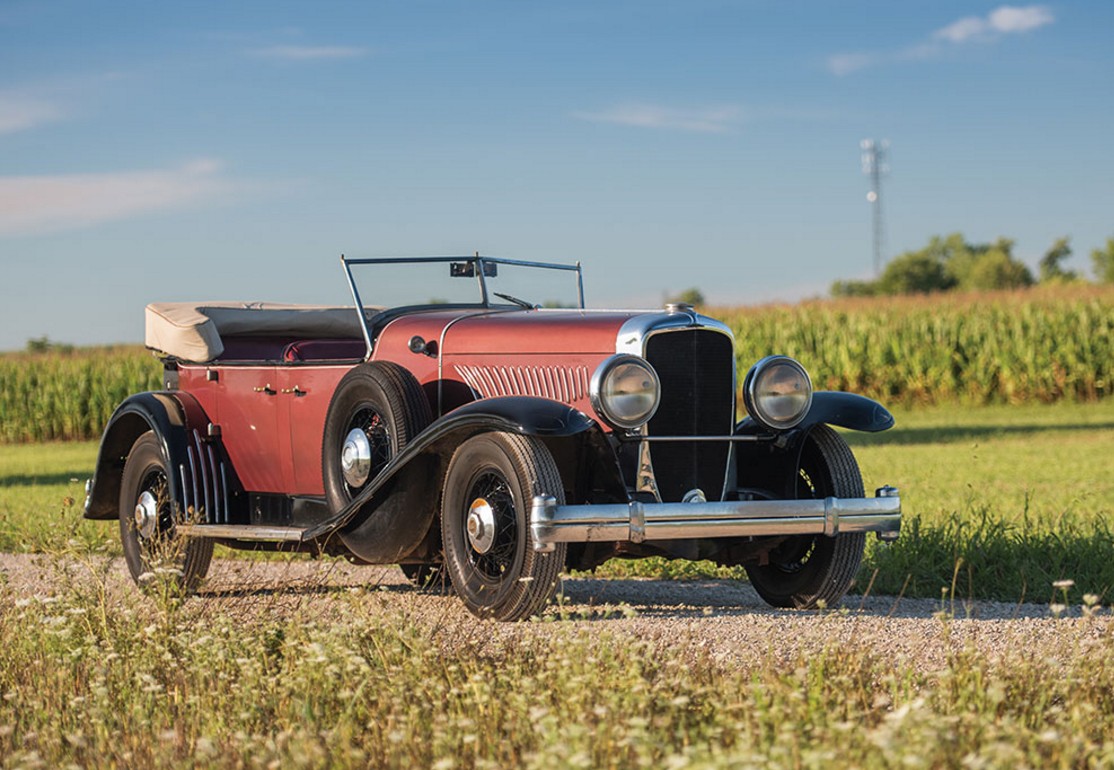