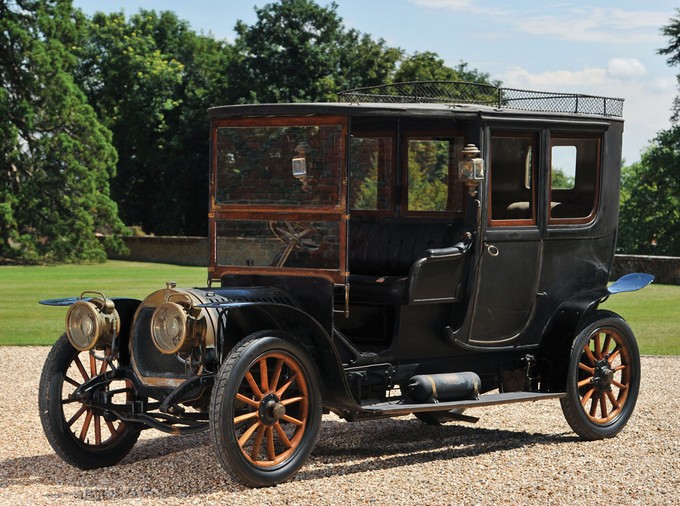 Look at that aerodynamic windshield. I love cars from this era because they were meant to do things. They moved people who no longer wished to use a horse. Yet they were exquisite in their detail and design. It wasn’t about streamlining for gas mileage. It was about accomplishing a task.

Hotchkiss started life as an arms manufacturer (as did a couple of other French automobile companies). The Hotchkiss brothers who founded the company were actually from Connecticut but they were gone before auto production started in 1902.

The Type T was new for 1907 and lasted through 1911. It uses a 3.1-liter straight-four and it was the smallest car they offered. The body is somewhat regal and was built by a little known French coachbuilder. It is believed this is the only Hotchkiss they bodied. This car is pretty much entirely original, which is amazing.

Less than 400 Type Ts were built. Not many are left, but this is the only one from this coachbuilder and it is as it was in 1909. A simply incredible opportunity. The price will range between $165,000-$210,000. Click here for more info and here for more from this sale.