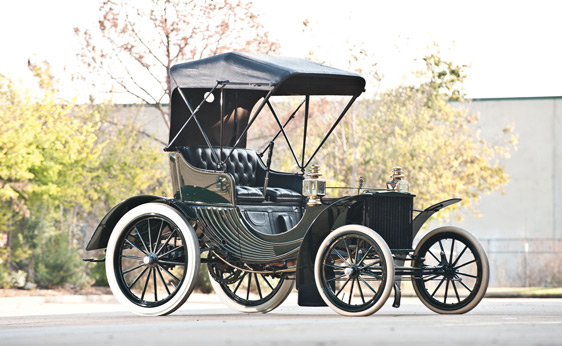 Production never reached astronomic proportions – in fact, the cars were so expensive that not many were sold at all. Some early cars were three-wheeled in nature and the National Automobile Museum in Reno, Nevada has a three-wheeled Duryea that looks remarkable similar to the car pictured here. The craftsmanship on both cars is fantastic.

This car features a 10 horsepower three-cylinder engine and tiller steering. It is being offered from the estate of mega-collector John O’Quinn. RM estimates this car will sell for $40,000-$60,000. It’s rare, beautiful, interesting, and worth it.

For more information, click here with more on RM in Arizona here.