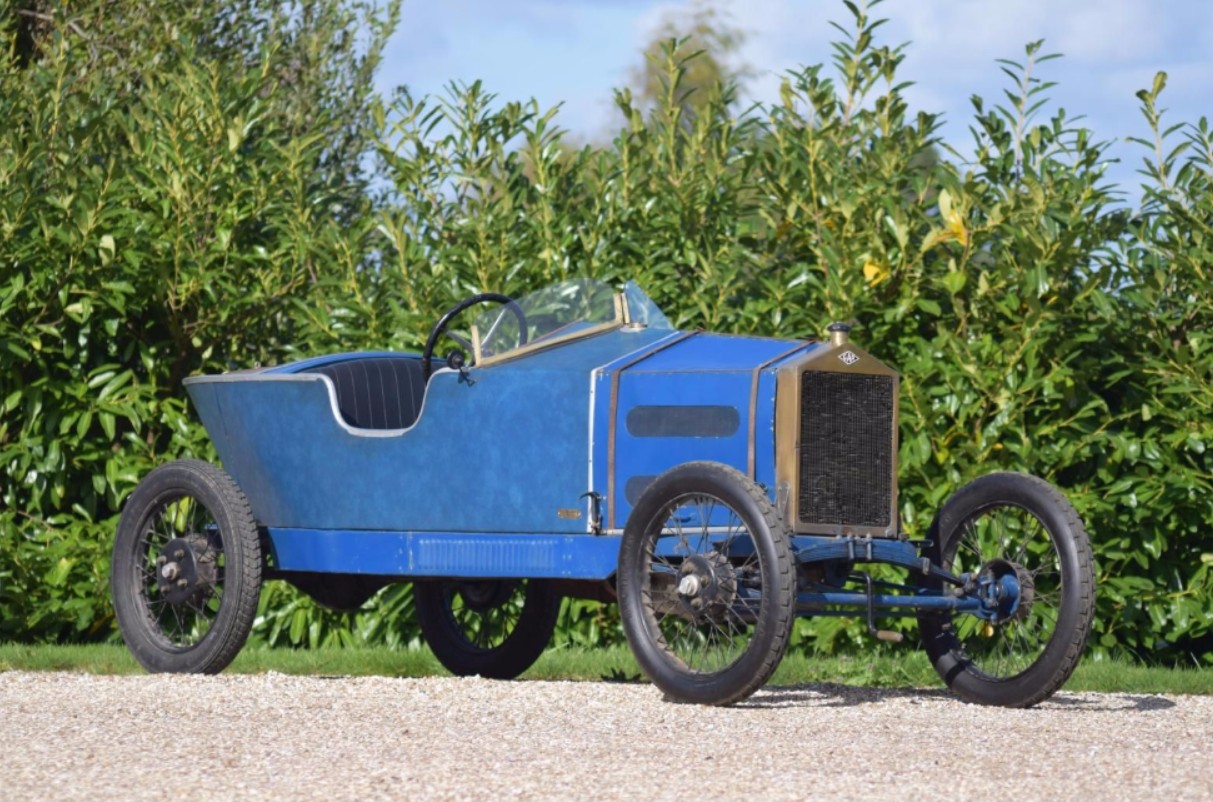 Cyclecars G.A.R. was founded in 1922 to take advantage of a light car craze that took off during the 1920s. Not everyone could afford a Bugatti, but Mr. Gardahaut thought he could do well selling a Bugatti look-a-like that featured a small engine without much weight. Cyclecars qualified for certain tax breaks in France as well, bolstering their popularity.

This car is powered by a Chapuis-Dornier 1.0-liter straight-four. The cars had to weigh under 350kg to qualify for cyclecar status, which this one does. This sporty car was a fairly typical example of such a car.

The current owner acquired this car from a museum a decade ago and the restoration is older, so it will require a re-commissioning before use. The body is wood wrapped in canvas, which really helps on the weight front. If you notice, there aren’t any headlights, so night trips are not recommended! G.A.R. disappeared after 1931 and this rarity should bring between $17,750-$23,500. Click here for more info and here for the rest of Artcurial’s lineup.