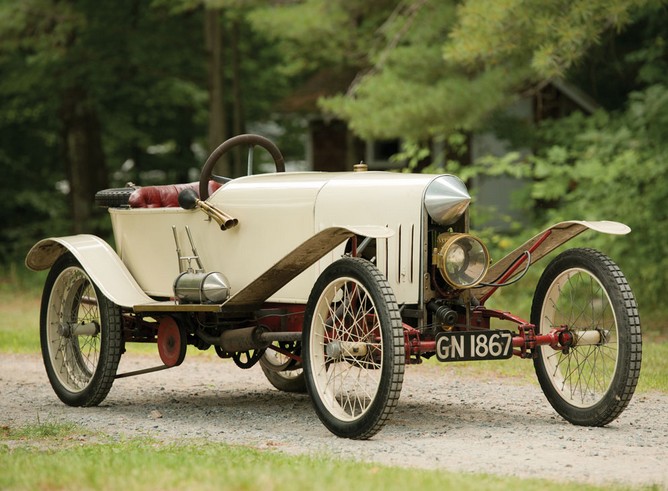 The G.N. company was founded by two men who would later produce sports cars independently of each other: H.R. Godfrey and Archibald Frazer-Nash (later of H.R.G. and Frazer-Nash, respectively). G.N. operated out of London between 1910 and 1923. The car came about at the perfect time as 1910 was about the year that the cyclecar craze really took off.

Cyclecars are all about being tiny, light vehicles that used wheels not much bigger than those on your penny-farthing. Because of their tiny engines, they could be registered as motorcycles – thus they were cheap to purchase and own. The engine here is a front-mounted 1.1-liter twin making 10 horsepower. I don’t know how much it weighs, but I would estimate “not much.”

The body work is simple and it’s technically a two-seater, if both driver and passenger are relatively minuscule. The interior was redone long ago and the paint is fresher than that – but otherwise this car is believed to be original. It should bring between $40,000-$60,000 and offer a lot of fun at that price. Click here for more info and here for more from this sale.