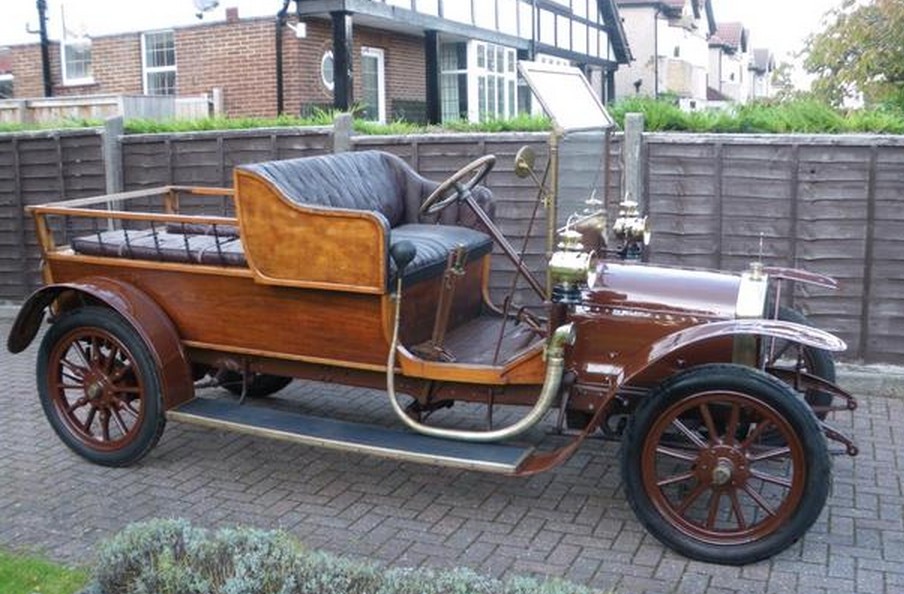 Delahaye is one of France’s crowning automotive achievements. It’s one of the most desirable and prestigious French marques of all time. From their beginning in the 1890s, the cars were known for their quality.

The Type 47 was produced around the turn of the first decade of the 20th century. The engine is a 1.6-liter straight-four making 10/12 horsepower. This car was bought new by a lady in England to use on her estate. It was bodied in the U.K. and features a rather functional body layout.

The car was discovered in 1950 in a barn, last registered in 1922. By 1954 it was on display in the Beaulieu Museum and stayed there until the 1970s. The current owner acquired it in 2004 and had mechanical work completed on the car in 2008. The interior is original! What an interesting car – and for between $32,000-$40,000, it seems like a great deal on a 102-year-old desirable French automobile. Click here for more info and here for the rest of this auction’s lineup.