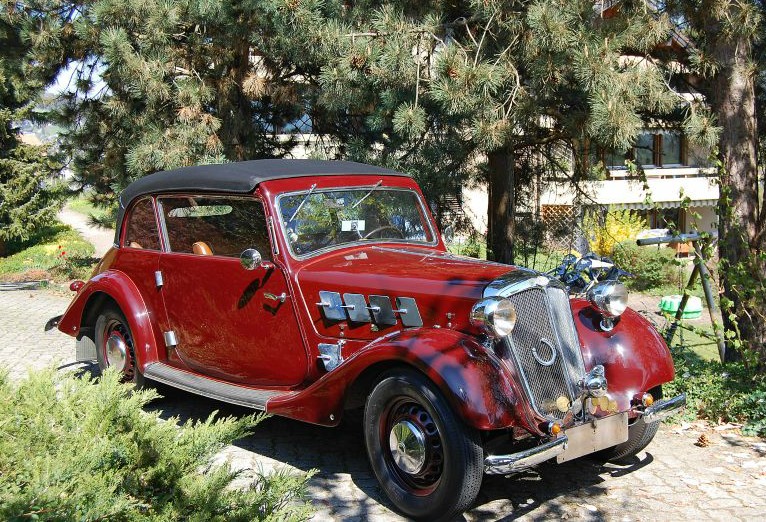 Hansa was a German car manufacturer and, in my mind, I consider it a sort of German version of one of those British manufacturers that went through so many owners and mergers over the years. The company started as Hansa in 1906 and in 1921, Hansa-Lloyd was formed by the amalgamation of Hansa and Lloyd. But Hansa remained as a stand-alone marque, producing cars up to 1939.

Carl Borgward took over after that and Borgward became the marque of note, with Hansa coming back around to supplement the Goliath range later on. Anyway, the auction catalog has this car listed as a Hansa-Lloyd – which is accurate insofar as it was produced by Hansa-Lloyd und Goliath-Werke Borgward & Tecklenborg. But the marque for the 1100 model was actually just Hansa.

The 1100 was introduced in 1934 and uses a 1.1-liter straight-four making 28 horsepower. The model was available as a two-door sedan or two-door cabriolet, as you see here. It will do 57 mph and about 20,000 were built before war broke out in 1939 and Hansa production ceased. This nice example should bring between $27,500-$29,500. Click here for more info and here for the rest of this sale’s lineup.