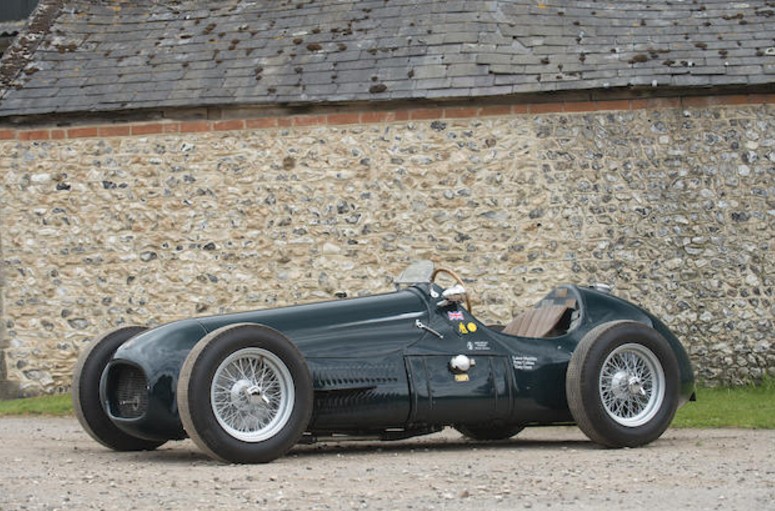 Hersham and Walton Motors started building prototype racing cars in 1946. The company was founded by George Abecassis and John Heath and still exists today in the form of an Aston Martin dealership. In 1950 the duo turned to open-wheel single-seaters. They stopped building race cars after John Heath was killed in the 1956 Mille Miglia.

In 1951, HWM had built a handful of Formula 2 cars and developed them for the 1952 and 1953 seasons. Recall that in seasons such as 1952, all Formula One races were restricted to Formula Two cars, so despite its name, this was technically a Formula One championship entrant. No records survive, but it is thought that this was driver Lance Macklin’s 1952 and 1953 car. 1952 was a better season for Macklin, as he DNF’d every race in 1953.

1952 highlights include an eighth place finish at the Italian Grand Prix and Monza and a 9th at the French Grand Prix at Rouen. After 1953 HWM shifted focus back to sports cars and they sold this car to someone in New Zealand. The engine was upgraded to its current supercharged 2.0-liter straight-four unit upon arrival. It raced competitively in New Zealand for a few years and didn’t return to the U.K. until 1997. Prior to its current owner acquiring it in 2013, it was completely restored and is prepped for racing. It should bring between $230,000-$290,000. Click here for more info and here for more from this sale.