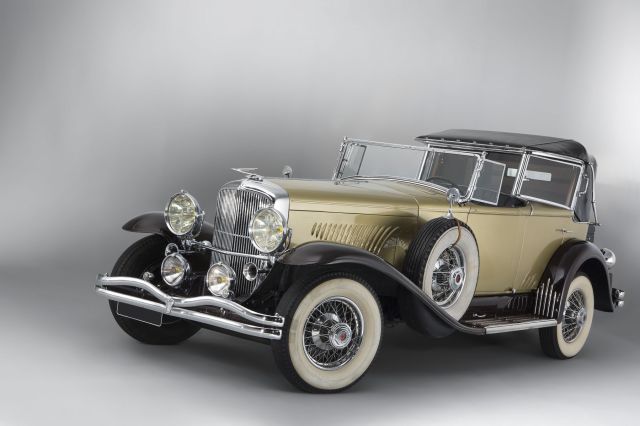 But the thing with this Model J is that it seems very European. I think it’s the separate convertible portions of the car on this very European body. The rear top will pop up and enclose the passengers while the driver is left to withstand the elements (although a more temporary top is available for him or her).

This car uses the 49th Model J chassis built and maintains its original engine (J-148). The body has undergone significant transformations since new, having initially been fitted with a LeBaron Torpedo. That body was swapped out in the mid-1930s for a Graber Cabriolet (which the auction catalog describes as “not particularly elegant”). In 1959, this car was acquired by the president of the Duesenberg Club in the U.S. and he found this authentic Kellner Torpedo Scaphandrier body and had it fitted to J-148.

It passed through a few owners before being imported to Belgium in 1980. The car was restored, keeping this fantastic Kellner body, later that year. This is the only known Kellner Scaphandrier body in existence (on any type of car) and the entire package is estimated to bring between $815,000-$1,080,000. Click here for more info and here for more from Artcurial.