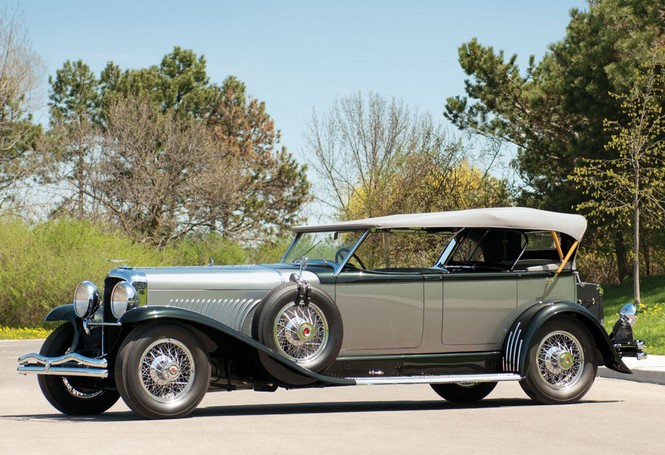 This Model J is an actual Model J but it doesn’t have an original body on it. The original body, which was a Derham Town Car, burned to the ground. At some point more recently, the car was restored and given a Dual-Cowl Phaeton body in the style of Murphy. But between that time is where this car’s interesting history lies.

James Hoe was a mechanic who is more or less responsible for keeping many of the Duesenbergs still around alive and well. He worked on them back in the day, servicing, repairing, etc. Whatever kept them around. Well in 1950, he bought this car for $150 – basically salvaging it. The body was a loss, so he turned it into a custom speedster. Many of the original Duesenberg parts were still on it, engine included (although the transmission was from a White truck).

He raced the car at some SCCA events and hillclimbs. It would do 140 mph. After he sold it, the car was restored to how you see it. A different engine was put in the car, but the bell housing from J-183 was retained and that is the number the engine carries today. It should sell for between $725,000-$900,000. Click here for more info and here for more from RM at St. John’s.