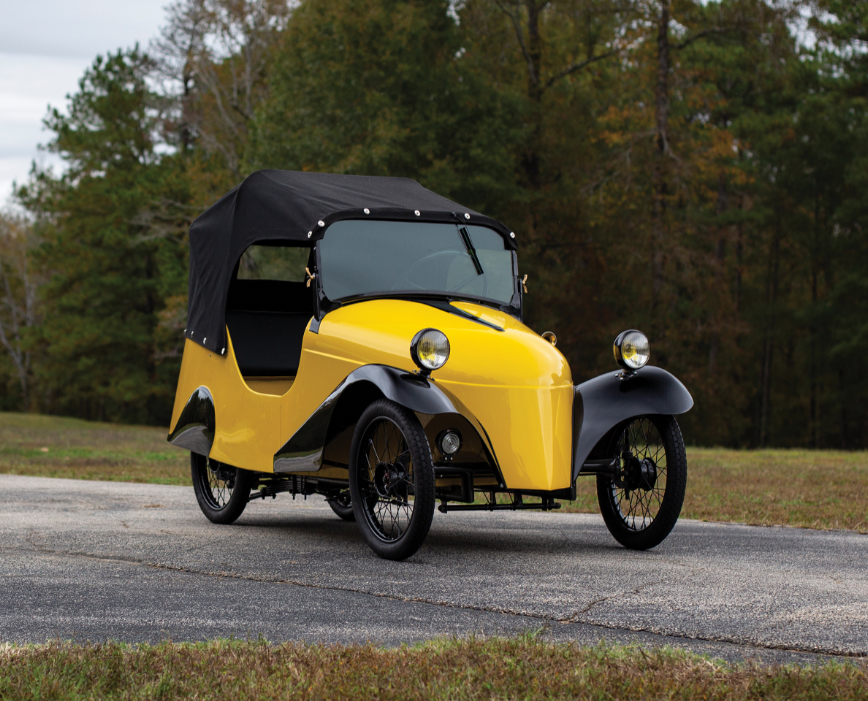 The Bugatti Type 40 was the follow-up model to the successful Brescia. It was the “light” Bugatti, introduced in 1926 and built through 1930, making this car from the second-to-last year of manufacture. In all, more than 780 were built.

The engine was a 1.5-liter straight-four making 45 horsepower. This car is one of 42 built with Jean Bugatti’s “Roadster Luxe” bodywork. It is a highly desirable pre-war sports car design. This is one of four delivered new to Paris, but the identity of the first owners is not known.

The current owner acquired it in 1984 and had it repainted to match the color combination of Jean Bugatti’s personal Type 40 Roadster – black and red. The black wheels are a nice touch, too. This car has all of its original parts and is highly original. It is the 22nd Jean Bugatti Roadster built and one of only 13 that still survive today. A couple hundred thousand dollars is a reasonable price (as in the $325,000-$390,000 range). Click here for more info and here for more from RM at Villa Erba.