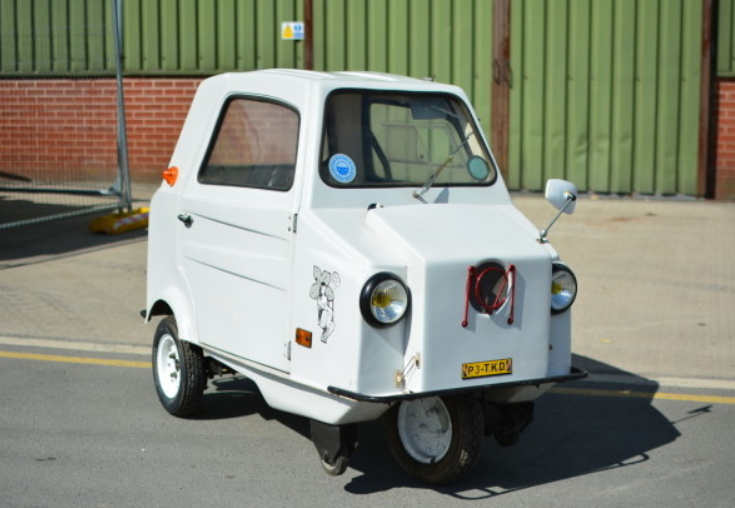 ACOMA sarl of Angers, France, existed between 1975 and 1984. They were one of the pioneering French microcar manufacturers and were the largest such manufacturer in France at the end of the 1970s. This, the Mini-Comtesse, was their first model.

The tiny body is made of fiberglass. It features gullwing doors, so you can impress your supercar-driving neighbors. The engine is a 49cc single-cylinder and the single-seat interior is sparse at best. This is technically a five-wheeled vehicle – there is single front wheel (that is the driven wheel) and two wheels out back. There are also two tiny wheels outboard of the driven wheel to prevent Mr. Bean-style Reliant Robin tipovers.

ACOMA produced later models which all seem to be derivative takes on this car. For instance, the later Super Comtesse is a traditional four-wheeler that looks like a construction barrel had a love child with a cartoon pig. Interesting stuff. If you like microcars, this is an interesting one. It will sell at no reserve. Click here for more info.