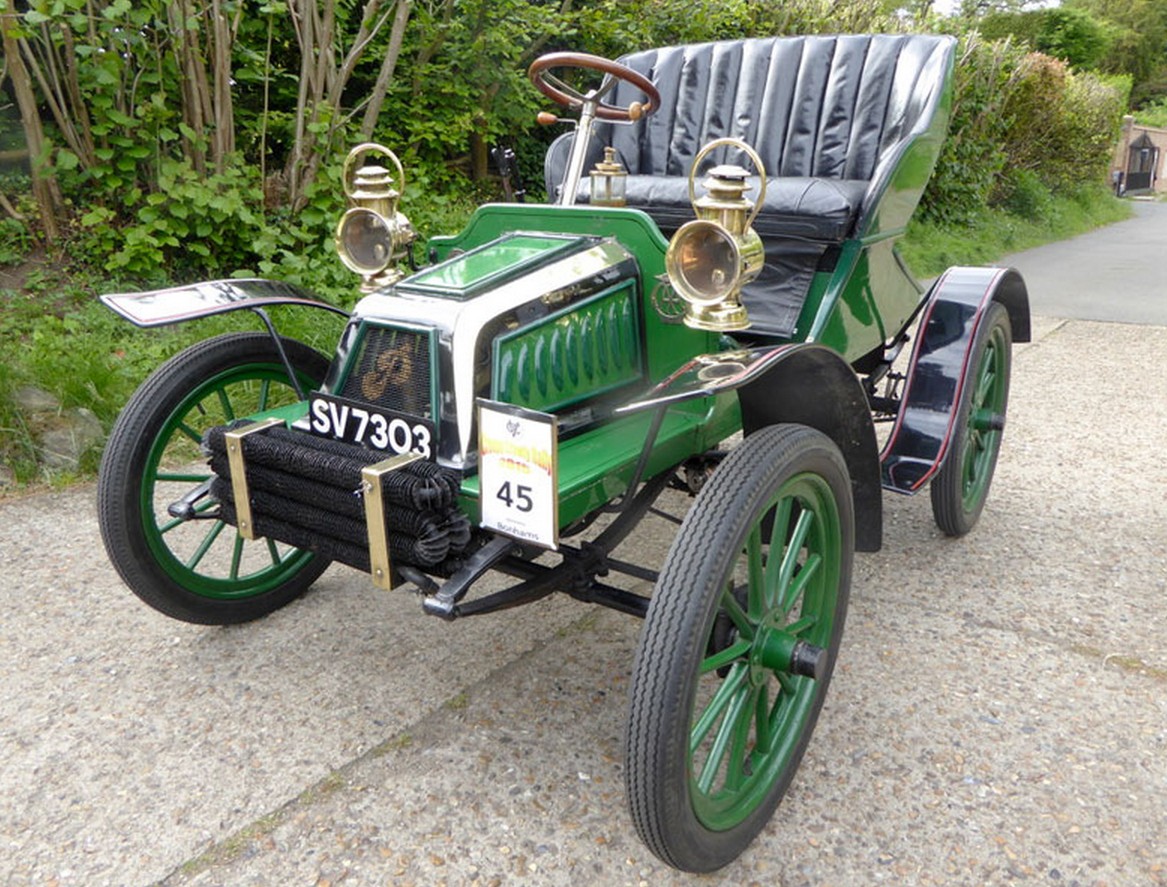 Bonhams recently conducted their Veteran Motor Cars and Related Automobilia sale in London. Seven of the eight London-to-Brighton eligible automobiles sold. The lot list for this auction is one of the most interesting in recent memory. It’s very rare when there is an auction when none of the lots are ordinary. There is an E-Type or classic Ferrari, which certainly aren’t everyday, but neither are they as far out there as an 1898 Fisson Wagonette.

Top Sales, well I guess I’ll just run through them all (each car is linked to its catalog description):

The next two cars sold for just over $100,000 each. First the 1901 Sunbeam-Mabley Cycle Car seen here with its awkward 1x2x1 wheel layout:

The original intention was to break the mold of turning a horse and carriage into a horseless carriage – try a different design out. Well that they did and they produced about 130 of them between 1901 and 1903 with less than five known to exist. £65,300.

The two biggest sales of the auction were the 1898 Fisson 8hp Twin-Cylinder Six-Seat Wagonette – produced in the last year of Fisson production which began only two years prior. The car is beautiful and the only one like it left. It brought £156,600, or $251,500.

The front shot of the car doesn’t quite impart the same magnificence of this car as do other angles. Panhard et Levassor built a fair number of cars, even early – and they are still in business today producing light military vehicles after giving up car production in the 1960s. This M2F Wagonette isn’t all that rare either as Gooding & Company sold one earlier this year for $396,000. Comparatively, this car was a steal.

Complete results can be found here.