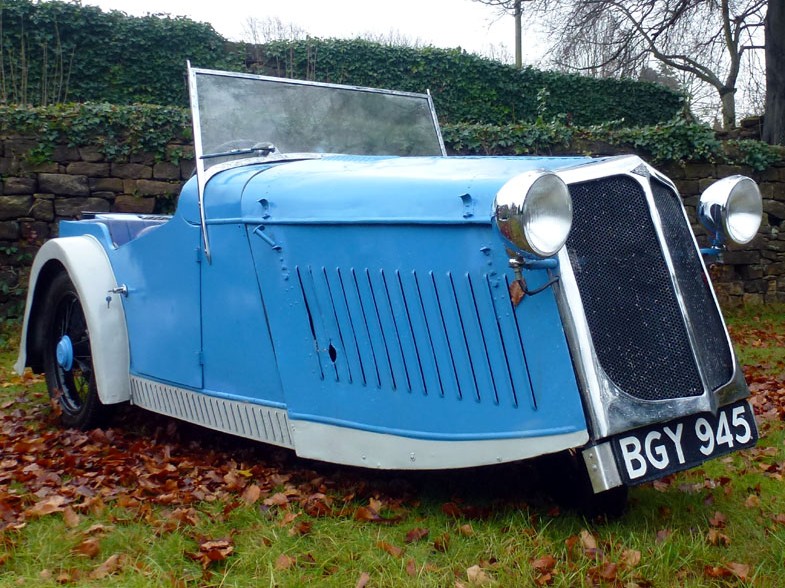 The Raleigh Safety bicycle was an early popular product and in the early 1930s the company introduced the Safety Seven, their first motorized passenger vehicle. It’s a four-seat roadster powered by a 742cc V-twin. This example comes with a rare removable hardtop. Top speed was 55 mph.

It’s a three-wheeler and Raleigh planned a sedan version but it never got off the ground (but it was responsible for the beginning of the Reliant Motor Company in 1935). In the 1950s and 60s, Raleigh made scooters, but after that motorized vehicles disappeared from the company’s product lineup. This example has been restored and shows almost 85,000 miles. It should sell for between $8,600-$11,000. Click here for more info and here for more from this sale.