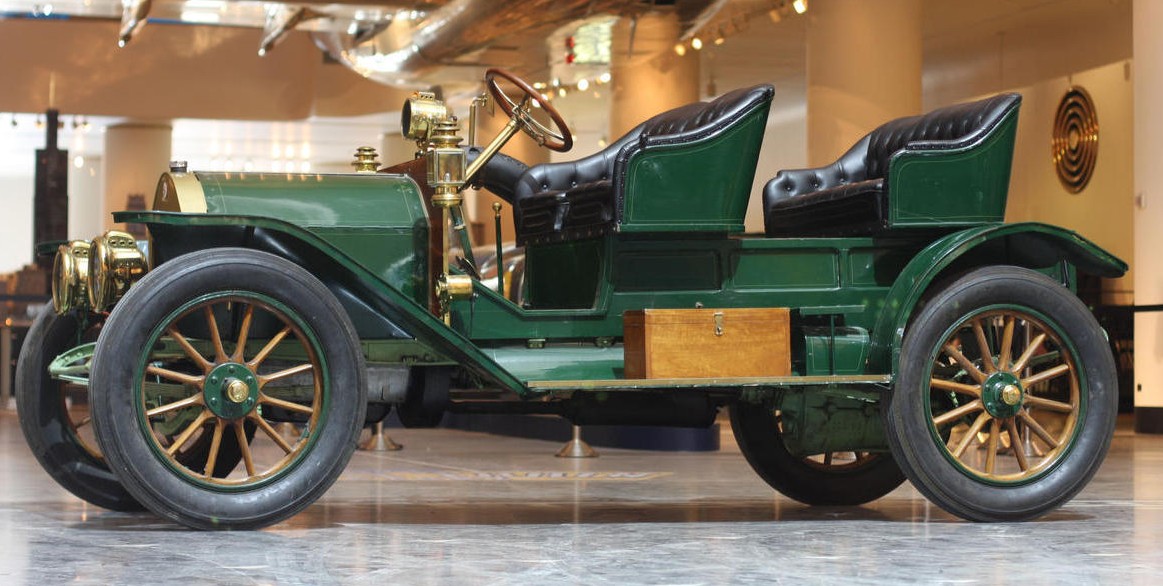 The auction catalog lists this car as a Courier Stoddard, but according to other sources, the cars were only called Courier – even though Courier was a subsidiary of Stoddard-Dayton (perhaps the “Stoddard is the model name, but it’s rather confusing so I omitted it from the title above). Courier was introduced in 1909 and lasted through 1912 (for the final year they were known as Courier-Clermont once they had been acquired by the U.S. Motor Company – which promptly failed).

This was a lower-priced car than the Stoddard-Dayton. They were targeted at Ford buyers who wanted more performance for a similar price. Performance was likely: this car is powered by a 22 horsepower 3.7-liter straight-four. They were also durable as Courier built their cars like a light truck but with roadster bodywork.

This particular car spent a long time in Chicago’s Museum of Science and Industry. The workers there did a light restoration on it years ago, although the car was mostly original when it was performed. Everything is either correct or period-correct and in working order and it has been in a private collection since 2008. Courier was a very short-lived automobile, making this very rare. It should sell for between $30,000-$40,000. Click here for more info and here for more from Bonhams’ awesome Preserving the Automobile sale.