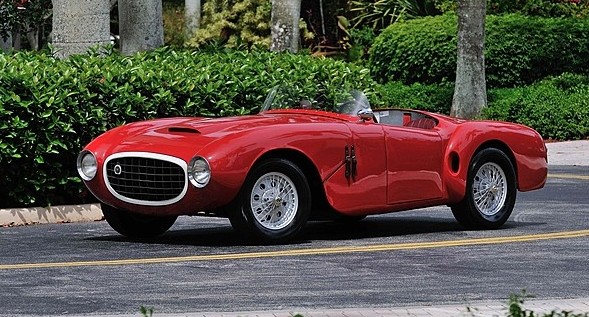 Here’s one of those cars that no one’s ever heard of. Juan Lazzarino was from Turin, Italy. In 1927, he moved to Buenos Aires where he and his sons became coachbuilders and hot-rodders. Their business boomed after 1948 when the Argentinian government banned imports of new cars. This lasted through the mid-1960s.

In 1952, the president of Ford of Argentina wanted a new Ferrari. But he couldn’t have it. So he went to Carroceria Lazzarino and had the company build him a Ferrari-esque sports car using Ford mechanicals. The engine in the car now is a period-correct (but not original) 3.9-liter Ford V-8.

The car bounced from Argentina to Europe to the States, with extensive work performed in 2011. It is eligible for numerous prestigious events and rallies. Lazzarino built only a few cars of their own, concentrating mostly on bodies and tuning. And I don’t know what to tell you on price. But you can check out more here and see more from this sale here.