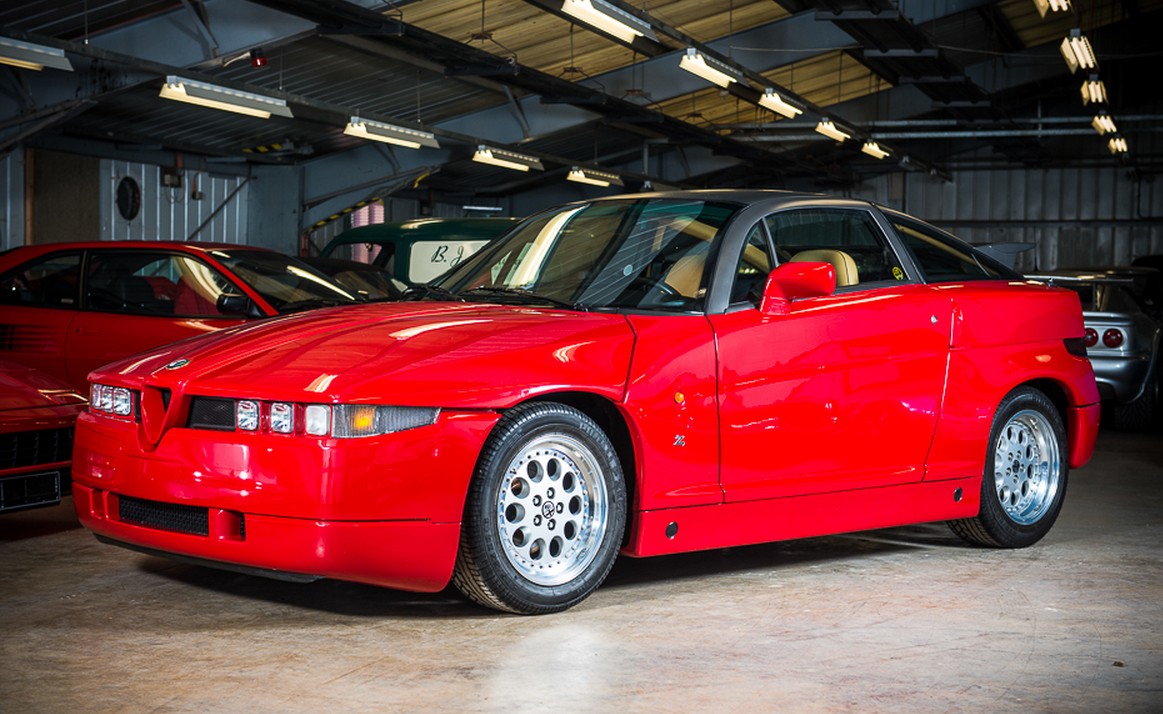 The SZ (and it’s roadster twin, the RZ) were the result of a successful collaboration between Alfa Romeo and Zagato – two companies whose intertwined histories go back decades. The SZ was built first, launching in 1989 with production continuing through 1991.

The design by Zagato is rather boxy but definitely unique (Zagato really bought into boxy in the early 1990s). The RZ could only be had in one color: red with a tan interior (although one back car was built for Andrea Zagato). The engine is a 3.0-liter V-6 making 208 horsepower. It’s a compact little thing and for 1991, was pretty zippy.