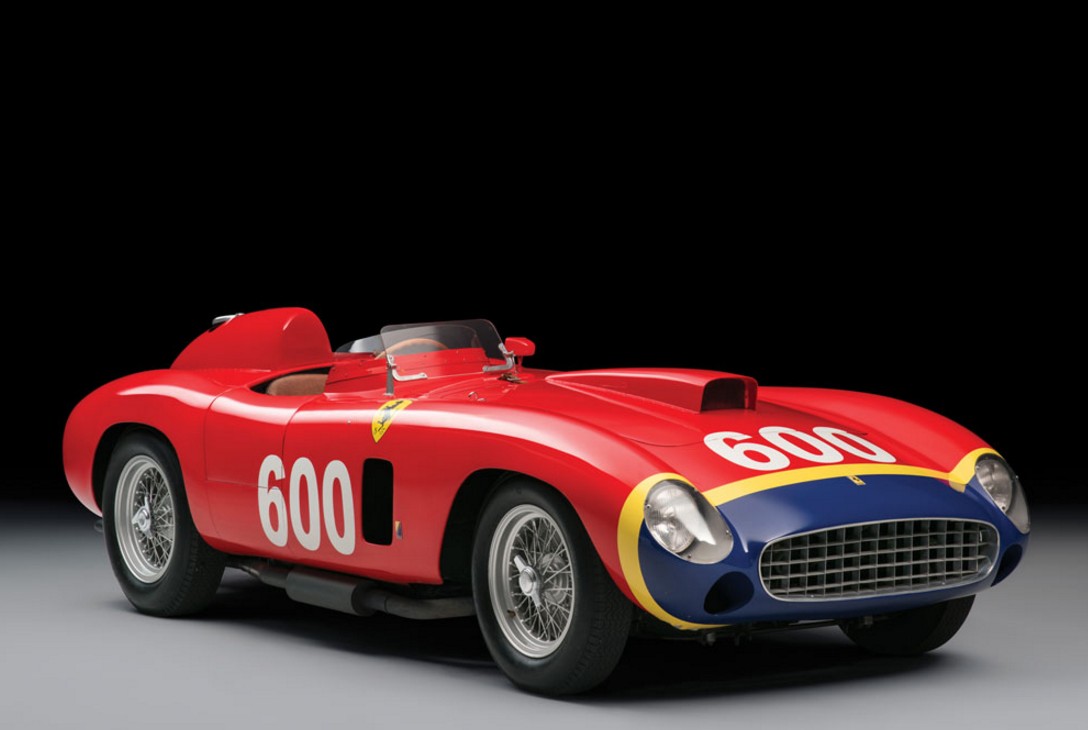 Not sure how they do it, but RM Sotheby’s manages to bring some really rare Ferraris to market, including this ultra-rare Ferrari sports racing prototype. The 290 MM was built in 1956 only and competed in the World Sportscar Championship. It was driven by some of the biggest names in racing and in some of the biggest races. The competition history for this car includes:

Those are three impressive results with some of the ’50s top drivers. The 290 MM is powered by a 320 horsepower 3.5-liter V-12 that was based on the engine from Ferrari’s Formula One cars.

This was a Scuderia Ferrari race car that finished 4th in the Mille Miglia with Juan Manuel Fangio – that alone is remarkable. That the car has never been crashed and is mostly unrestored (except for the repaint) is incredible. The team used the car in both the 1956 and 1957 World Sportscar Championship and in early 1957 the car was sold to someone in the U.S. It’s had a few owners worldwide since.

This car can be used and hopefully whatever well-heeled buyer walks away with it next month will use it at historic races. Only four 290 MMs were built. This one will bring millions. Click here for more info and here for more from this sale.