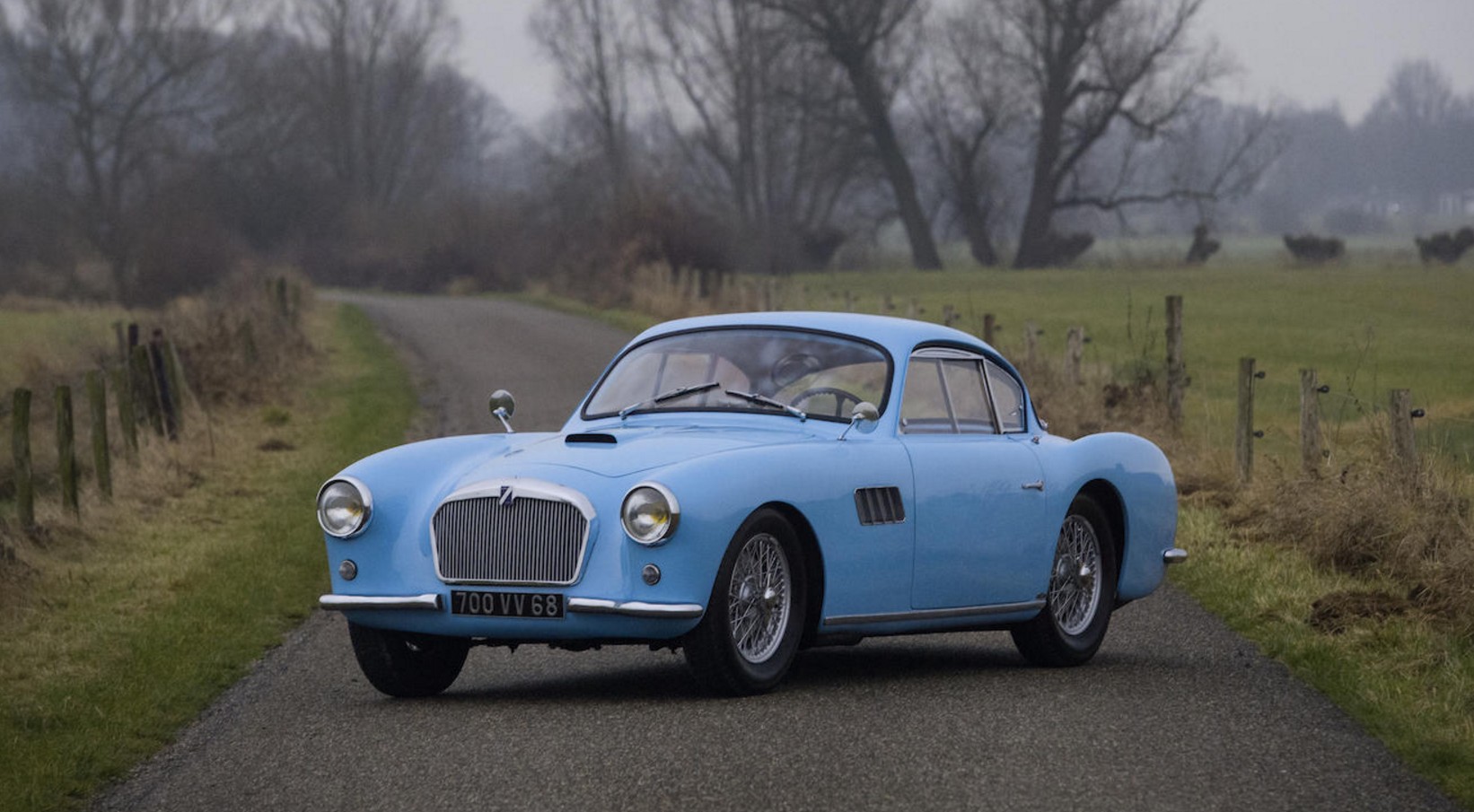 Talbot-Lago presented their “Sport” model at the 1954 Paris Motor Show. Also called the T14, it would be produced in a few forms – all in limited numbers – through 1959. It was the final Talbot-Lago-branded automobile built.

The first run of cars were powered by a 2.5-liter four-cylinder engine, but it was lackluster and in 1957 Talbot-Lago decided they’d be better off buying an engine from another manufacturer to install in their cars. The resulting cars were called the T14 America and are powered by a BMW-sourced 2.5-liter V-8 making 138 horsepower.

In the three model years the America was offered (1957 through 1959), only a dozen were built. After the brand was taken over by Simca in 1959, they constructed a few more examples, all powered by Simca’s anemic 95 horsepower Ford-based motor.

This BMW-powered example was one of the last cars built before the Simca takeover. The restoration dates to the early 2000s and looks fantastic, with just over 5,500 miles since new. It should sell for between $470,000-$580,000. Click here for more info and here for more from this sale.