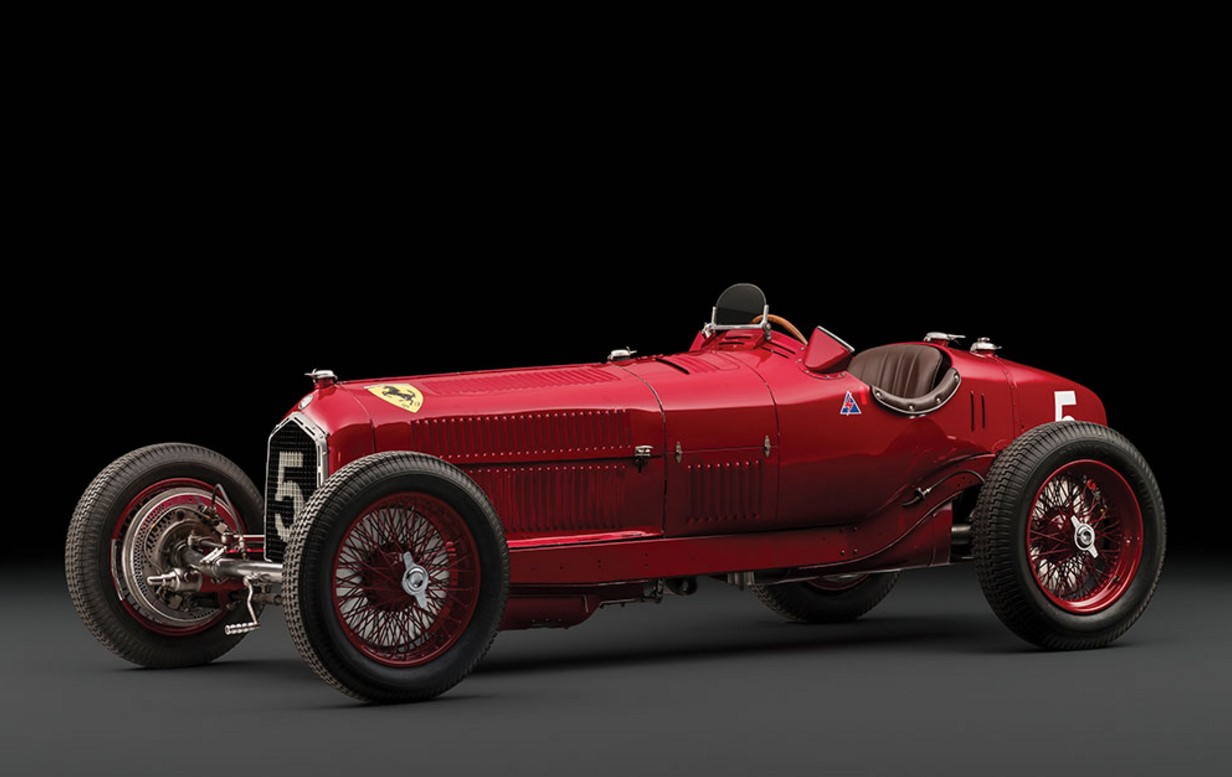 The Alfa Romeo P2 was built between 1924 and 1930 and it won the inaugural Automobile World Championship, the precursor to the European Championship (which itself was a sort of precursor to modern Formula One). The Alfa Romeo P3 (or Tipo B) was introduced halfway through the 1932 season. It was the first monoposto (true single seat) race car on the circuit.

The engine is a 255 horsepower, supercharged 2.9-liter straight-eight – a really stout motor. The car was instantly successful, racking up victory after victory in the major Grands Prix across Europe. This particular car was campaigned by none other than Scuderia Ferrari for the 1934 and 1935 seasons. Because the record keeping of the day wasn’t the best, no one can say with certainty who raced this car where, but it is believed (and likely) that it was driven in period by Tazio Nuvolari, Achille Varzi, and Pierre Louis-Dreyfus.

This example is the sixth of seven second-series “wide body” examples built out of a total of about 13 cars in all. It has known ownership history from new and is in spectacular condition. If you want to feel like a true racing hero, you should buy this and take it to a track day. The Alfa P3 is one of the greatest and most dominant race cars of all time and this is your chance to get one. Click here for more info and here for more from RM Sotheby’s.