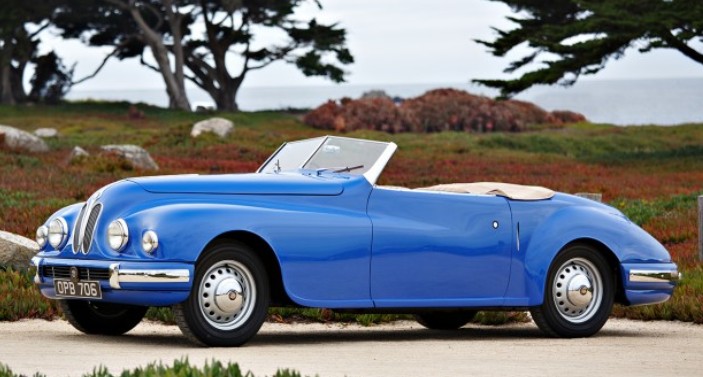 Unlike many of their peers, Bristol did not dabble in automobiles until after WWII. Known primarily for their airplanes, they produced their first car, the 400, in 1947. The followup to that car was the 401 Sedan in 1948.

The following year, Bristol decided to build a drop-top version of the 401 and they called it the 402 Cabriolet. Some Bristol models have a sort of ungainly appearance to them, but this car is downright pretty. It’s powered by a 2.0-liter straight-six that makes 80 horsepower. It’s not quick, but it should do 90 mph.

Sold new to a Thai Prince living in England, this 402 is one of just 26 built. It’s thought that as few as 13 are still around, which is pretty few… but then again Bristol has never been about building cars in any appreciable quantities. Restored just last year, this thing is fresh. It should bring between $425,000-$525,000. Click here for more info and here for more from this sale.