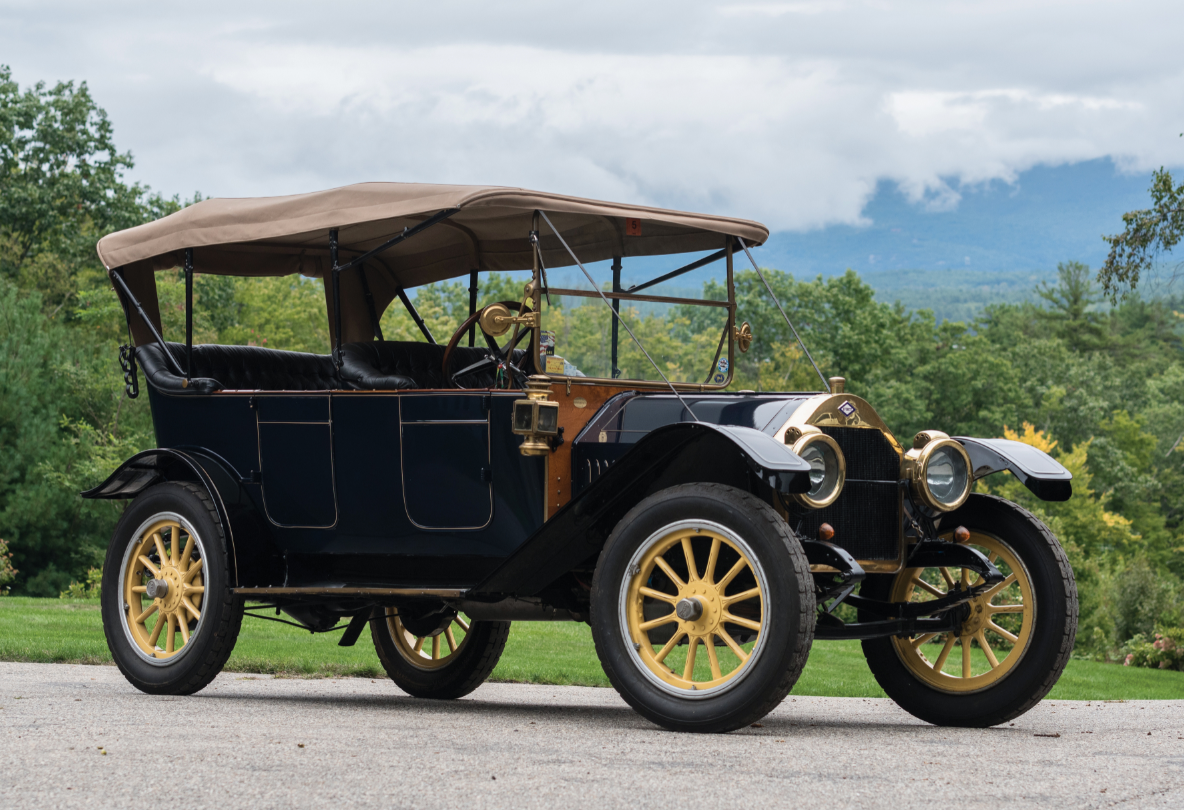 Barney Everitt left E-M-F in 1909 and he took William Metzger with him, leaving Walter Flanders out there on his own. The resulting car from this new E-M combo was the Everitt, a car produced in Detroit from 1910 through 1912.

The 1912 model line was the largest the company offered, with three distinct models. It was a big, solidly-built car. But then Flanders came crawling back and the company was renamed the Flanders Six in 1913. That company was ill-fated as Flanders joined Benjamin Briscoe’s United States Motor Company, which was a disaster (and Flanders brought his new company with him, which Briscoe promptly killed).

Anyway, this car, the handsome Everitt Six-48. It was the largest model the company offered and it’s powered by a 48 horsepower, straight-six. This is a five-passenger touring car (there was a larger, six-passenger version). It was restored in 2005 and looks great. This is one of the best styles of American cars of any era. They’re just grand. Click here for more info and here for more from this sale.