The Alfa Romeo Giulia TZ was new for 1963 and it was built to replace the Giulietta SZ. The TZ was developed with Autodelta – Alfa’s dedicated competition arm. It features a tubular chassis and sleek wagon-esque bodywork from Zagato – thus the “TZ” for “tubolare Zagato.”

The car uses a 1.6-liter straight-four making 160 horsepower. The car was very light and could do 130+ mph. TZs won their class at all of the big races including Le Mans, the Targa Florio, Sebring and more. The competition history of this car is unknown – if it was used in competition at all.

Only 112 Giulia TZs (sometimes referred to as the TZ1) were built between 1963 and 1965. This one has undergone a comprehensive restoration and is ready for classic car rallies or vintage racing events, depending on what your preference is. This car should sell for between $1,025,000-$1,365,000. Click here for more info and here for more from this sale. 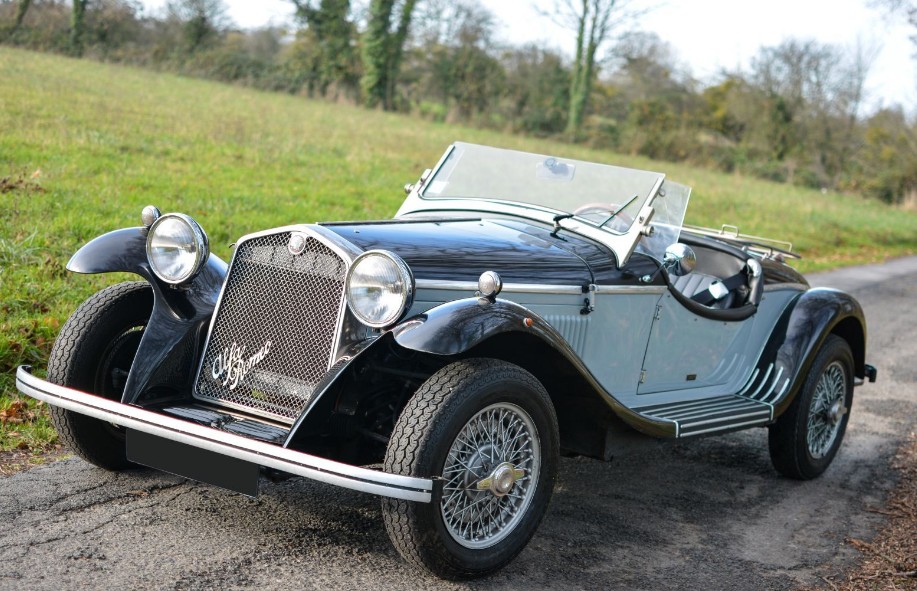 Consider that the car you see here is one year newer than the car above. It is essentially a factory-made replica of one of their own cars. It is styled much like the 1750 Gran Sport by Zagato that Alfa built in the 1930s.

It uses the mechanicals from the Giulia 1600 – a 1.6-liter straight-four making 106 horsepower. The body is aluminium (which it wasn’t in the 1930s). There are also likely some creature comforts that the earlier cars lacked as well.

Between 1965 and 1967, only 92 examples of this very rare Alfa Romeo were built (it was not a success in its day). You almost never see them. While not as valuable as a real 1930s 1750 Gran Sport, this car should still likely bring between $47,000-$75,000. Click here for more info and here for more from Artcurial’s special second-day all-Alfa sale at Retromobile.

The Alfa Romeo 75 was a plaid, boring ol’ mid-size sedan built between 1985 and 1992. A standard 75 – or even some of their upscale, limited-edition trims aren’t collectible. But this Turbo Evoluzione certainly is. In order to meet FIA Group A regulations, Alfa had to build road-going versions of their 75 Group A Touring Car.

This is the result. The engine is a turbocharged 1.8-liter fuel-injected straight-four making 155 horsepower. Top speed was 130 mph and it could hit 60 in 7.5 seconds. This was a pretty badass sedan for 1986.

The cars were only built for a year and only 500 were made – which makes this a very limited edition model considering over 375,000 Alfa 75s were built in total. This car should bring between $20,000-$27,000. Click here for more info and here for more from this sale.

Next up we have a pair of Alfetta GTVs. This one is a limited-edition model from 1979 called the “Turbodelta” which was developed by Autodelta, Alfa’s motorsport division. It is a homologation special so Alfa could compete in Group 4 Rally.

It starts with an Alfetta GTV. The engine is a turbocharged 2.0-liter straight-four tuned to make 150 horsepower. Top speed was around 130 mph (I’m noticing a pattern among these cars). This is an all-original, low-miles example with known history.

Only 400 examples of the Turbodelta were built. This should sell for between $35,000-$38,000. Click here for more info and here for more from Artcurial. 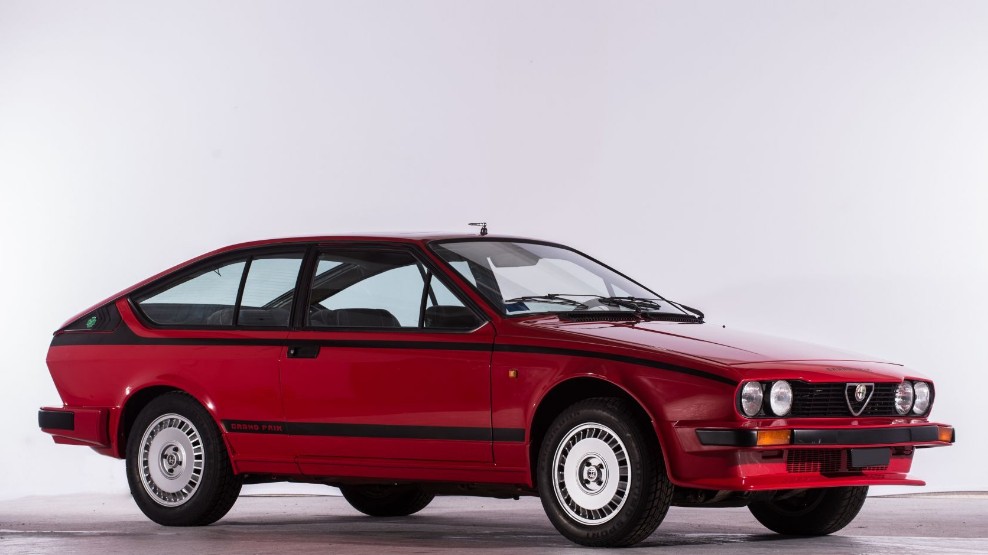 Here’s the other limited edition Alfetta GTV we’re featuring. It’s a “Grand Prix” special edition. It was built to commemorate Alfa Romeo’s return to Formula One, which occurred in 1981.