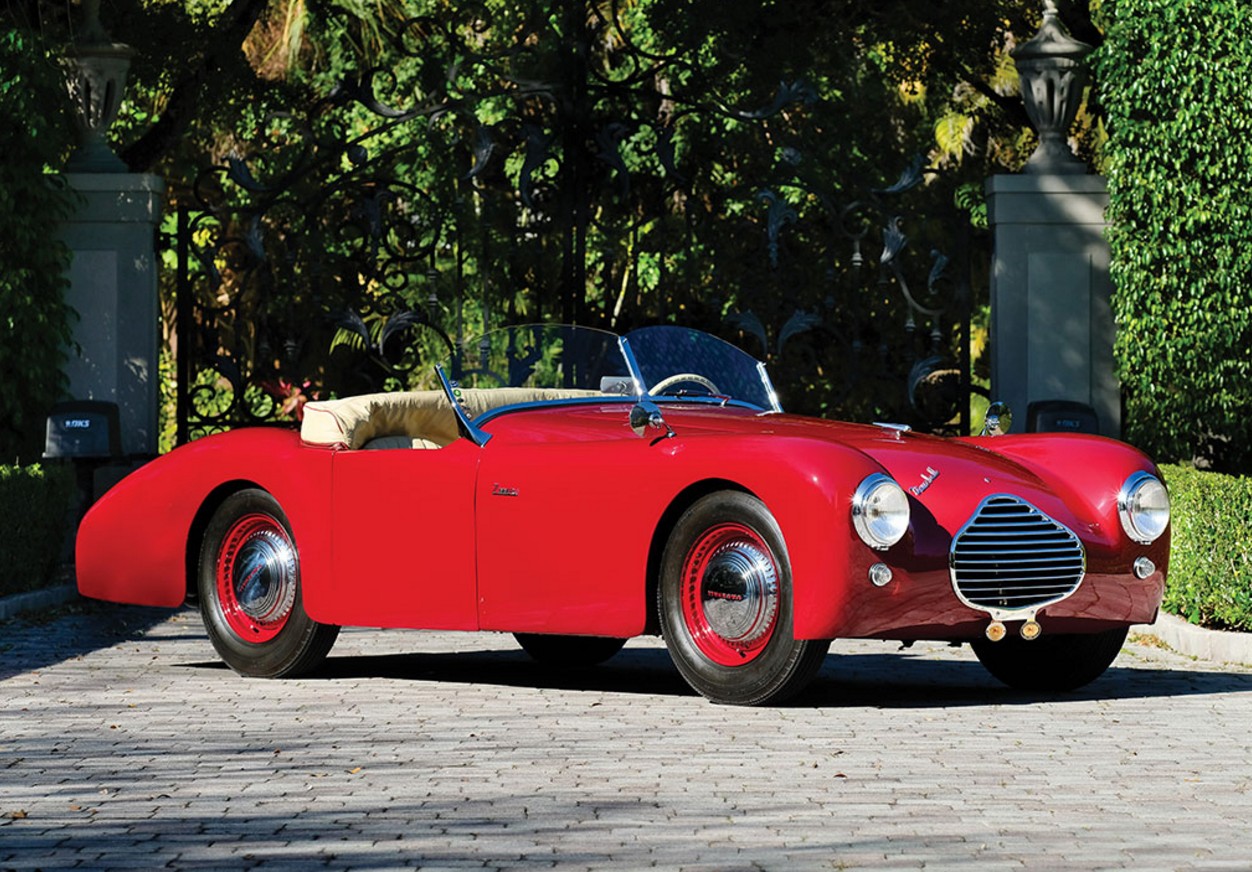 In the U.S., auto production resumed more or less immediately following the end of World War II. In most of Europe, especially Germany and France, it took a little longer to get going again. And when it did, the cars in high demand were functional vehicles. But that didn’t stop two enterprising brothers from Switzerland for attempting to build a sports car around 1950.

Switzerland has never really had an active automobile industry anyway, so for the car to spring up there is weirder still. Werner and Fritz Zimmerli (who sold Chevys and Vauxhalls in their native town) designed a pretty roadster based on the Vauxhall Velox. The car uses a custom chassis and frame, but the running gear is all Velox: a 54 horsepower, 2.3-liter straight-six and a three-speed transmission move it down the road. The body is aluminium (with steel doors).

The finished product wasn’t complete until 1950 and the Zimmerlis kept the car until 1968. The current owner acquired the car in 2008 and performed a beautiful restoration. It is technically titled as a 1949 Vauxhall, thus its hyphenated name above, but it is a one-off, and a really cool one at that. Click here for more info and here for more from this sale.