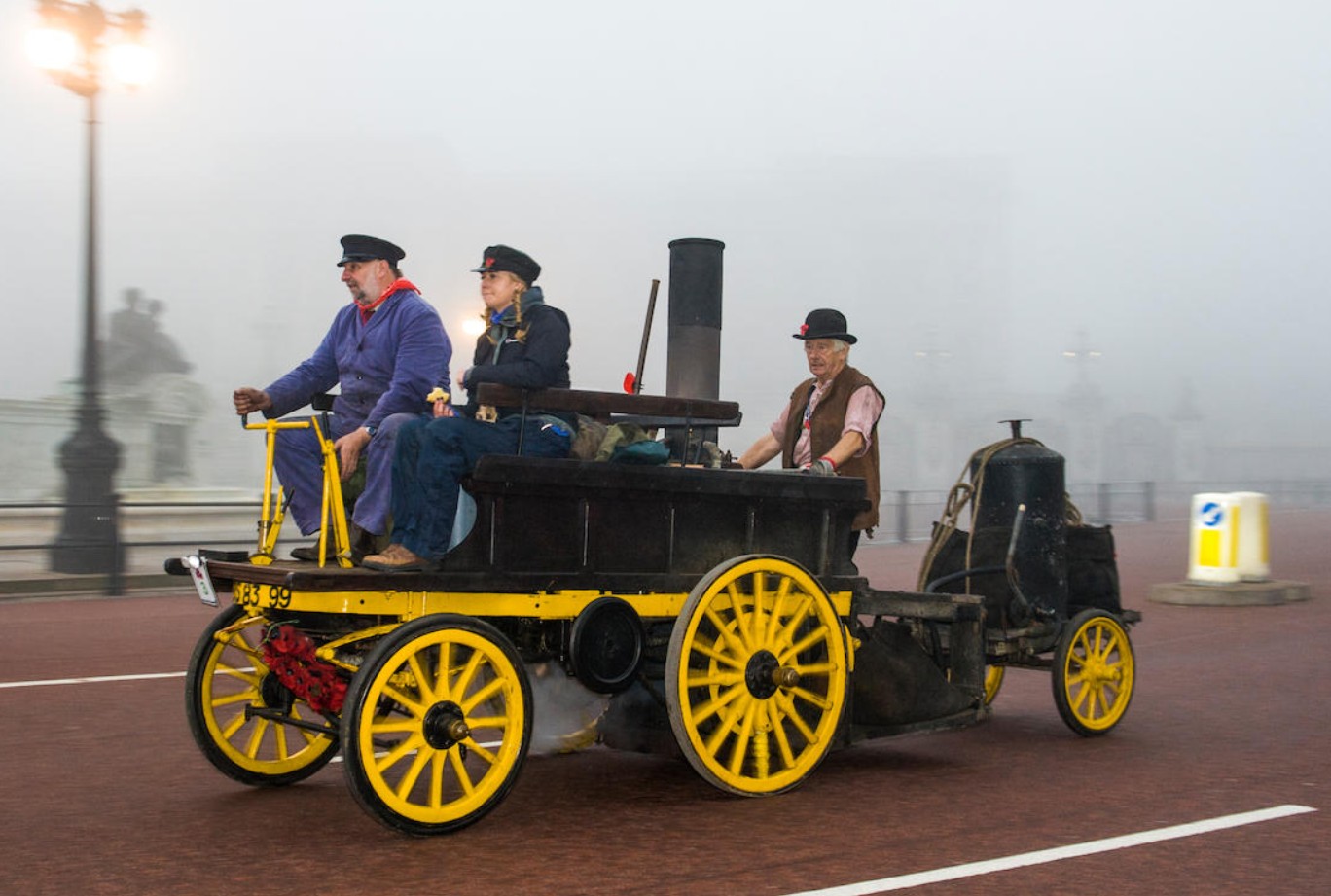 It’s Halloween and what’s scarier than a big, loud steam engine? I’m not so sure I’d call this a car so much as a locomotive that can be driven on the street. I mean, look at the crew involved to operate it. It’s incredible!

This vehicle was designed by a member of the Salvesen family, a wealthy Scottish family involved in shipping and transport since the 1870s. It is powered by a coal-fired boiler, two-cylinders and chain drive. The photo above shows a pull cart behind but the catalog photography does not. It has two rows of seating.

It was part of two large collections spanning many decades. The current owners bought it in 2004 and it has competed in every London-to-Brighton run since, failing to finish only once. This one-of-a-kind vehicle from Victorian England is truly awesome. That it still runs and is driveable is icing on the cake. This could be a once-in-a-lifetime opportunity and it’ll take between $200,000-$270,000 to take it home. Click here for more info and here for more from this sale. 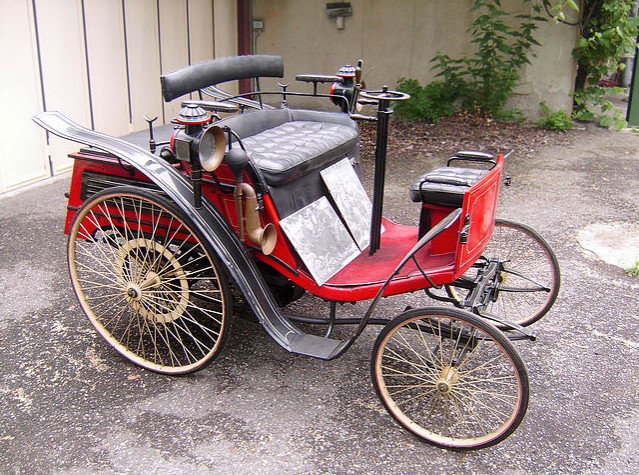 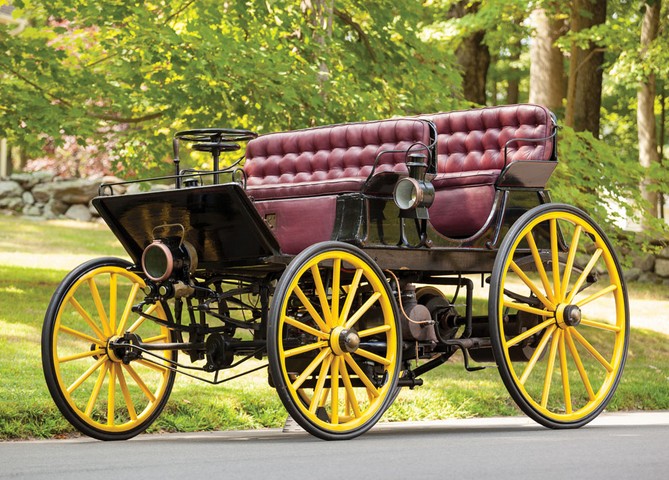 This is probably the final car we’ll be featuring from the Aalholm Automobile Collection sale that RM is holding mere days before the festivities in Monterey. There are at least 15 other cars from this sale that I wanted to feature but have just run out of time with the Monterey catalogs becoming available and the incredible offerings on hand.

This is right there with some of the most interesting from Monterey. It’s certainly older. The Bollée name is an important one in automotive history. Amédée Bollée, whose original goal was to set the record for most accented “e”s in a person’s name, ended up building some of the earliest road-going (as in, not on rails) steam carriages known. He built four steam cars, the first in 1873 and the last in 1881, which is mind-boggling. Two of these vehicles still exist in museums. Also: he resided in a little town called Le Mans.

Amédée had two sons: Amédée the second and Léon. Before cars, Léon spent his time inventing calculating machines – early calculators that resembled typewriters. In 1895 he founded Automobiles Léon Bollée in Le Mans. 1896 was the first year for the “Voiturette,” the interesting design you see here, which is from the first year of production. The single-cylinder engine was mounted horizontally beside and to the rear of the driver, who sat in back – the passenger(s) rode in the front, no doubt sometimes making it hard for the driver to see! It was also one of (if not the) first car to have rubber tires.

Larger cars followed in 1903 and the company was purchased from Léon’s widow in 1922 by Morris of England (Léon died in 1913). The Léon Bollée name disappeared from vehicles after 1933. There is a statue of Léon in his hometown of Le Mans on Avenue du Général Leclerc directly across and up the street from the train station. I’ve seen it and my traveling companions failed to see why it was interesting.

I’ve seen one of these vehicles before too – there is one in the National Automobile Museum in Reno (The Harrah Collection). It is an 1897. So you can own one that is older. These are extremely interesting cars from the pioneering days of motoring and while other examples do exist, it is genuinely rare. There are many interesting cars at this sale, but this tops them all. The price is estimated between $55,000-$60,000. That might not seem like a lot for a car I claim to be so fantastic, but that is because cars like this have limited potential for use, which is what keeps their price down (you can’t take it on a Sunday cruise and there is no outlandish coachwork that will bring you heaps of awards). Trust me, this thing is amazing (and it has been restored at some point, unlike many of the other cars at this sale).

For more pictures and the complete catalog description, click here. And to view the rest of the vehicles at this sale, click here.