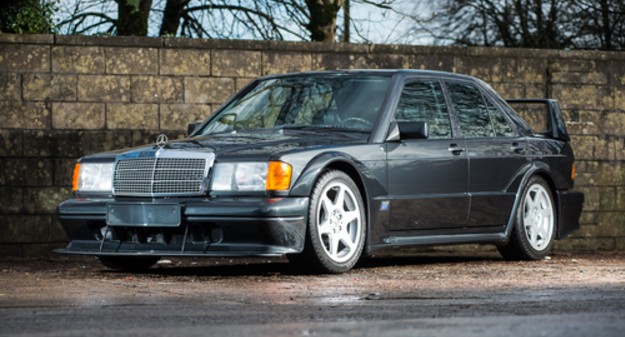 We’ve recently featured a Mercedes-Benz 190 Evolution I. That car was the 1989 homologation model for DTM. This, the Evolution II, came a year later and looks more or less the same other than a larger rear wing. It has all the looks of a road-going DTM machine. It’s a pretty extreme body kit for what was supposed to be a sensible sedan.

The engine here is a 2.5-liter straight-four making 235 horsepower – a substantial enough increase over the Evo I. Top speed is 155 mph. Only 502 of these were built and all sold out immediately upon going on sale.