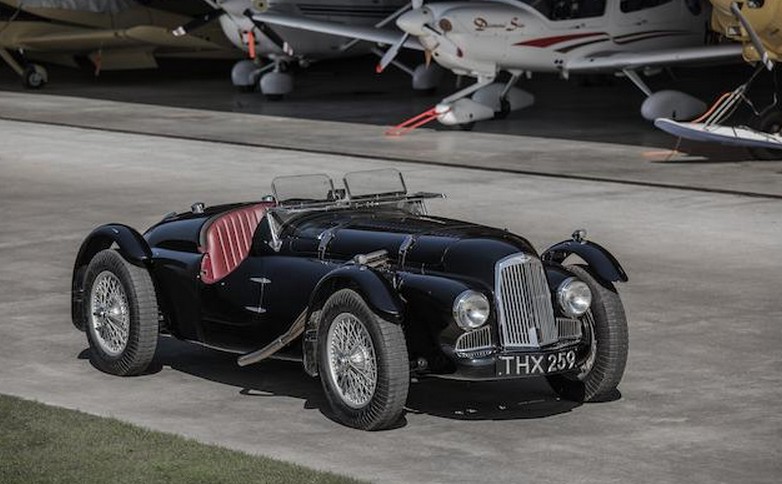 A few weeks ago we featured the last Aston Martin sold prior to the outbreak of WWII. Well here is the bookend to that car: the first Aston Martin built after the war ended. It is the first car built in the David Brown era – and in fact, the 2-Litre Sports (as it was originally called) would become the DB1. Only 15 examples of the DB1 were built (the 2-Litre Sports included).

Designed by Claude Hill, the 2-Litre Sports features a – you guessed it – 2.0-liter straight-four engine making 90 horsepower. Because they wanted to race this car to get Aston’s name back on the minds of the motoring public, the body was a rush job. It is cycle-fendered while the successive DB1s were all fully-fendered roadsters.

That race they were in such a hurry to enter was the 1948 24 Hours of Spa. And they won it with drivers St. John “Jock” Horsfall and Leslie Johnson. Then David Brown wanted to show the car at the ’48 London Motor Show so they re-bodied it slightly (to what you see here). They didn’t sell it (so David Brown gave it to his son) but they ended up taking orders for more cars (the 14 DB1s). This car put Aston Martin on a path to success that is still going strong.

This car, one of one, is one of the most important Aston Martins in existence. It should sell for between $600,000-$900,000. Click here for more info and here for more from this sale.