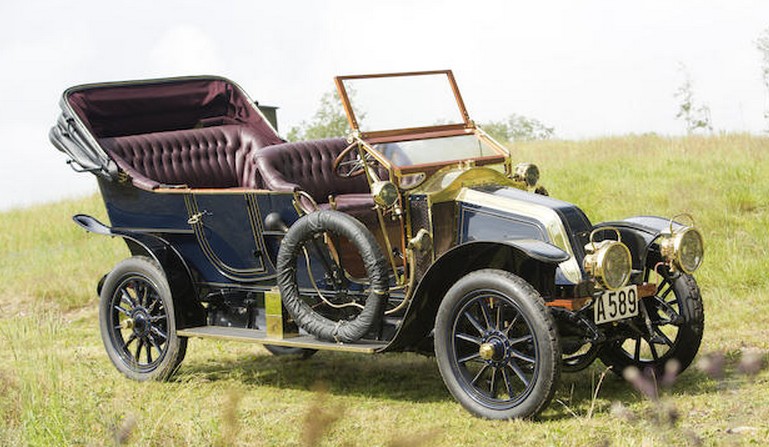 Louis Renault and his brothers started building cars right before the turn of the century. They built a lot of cars early on, using De Dion engines at the beginning before switching to their own engines in 1903. Shortly after that, their range expanded and they built both small and large cars.

This Series B Type V1 was on the larger side, using a 4.4-liter straight-four making 20/30 horsepower. This large French tourer was actually bodied in America – on Long Island, in fact, by Brewster. The rear passenger compartment is enormous.

This car has known history back to the 1970s when it was an unrestored, low-milage car. It was restored in the late-1990s. It’s a beautiful, rare early Renault. A lot of smaller Renaults exist from this period, but the larger cars are much rarer. This car was undoubtedly owned by someone fairly rich when new and you can now feel just like them. It should sell for between $180,000-$230,000. Click here for more info and here for more from this sale.