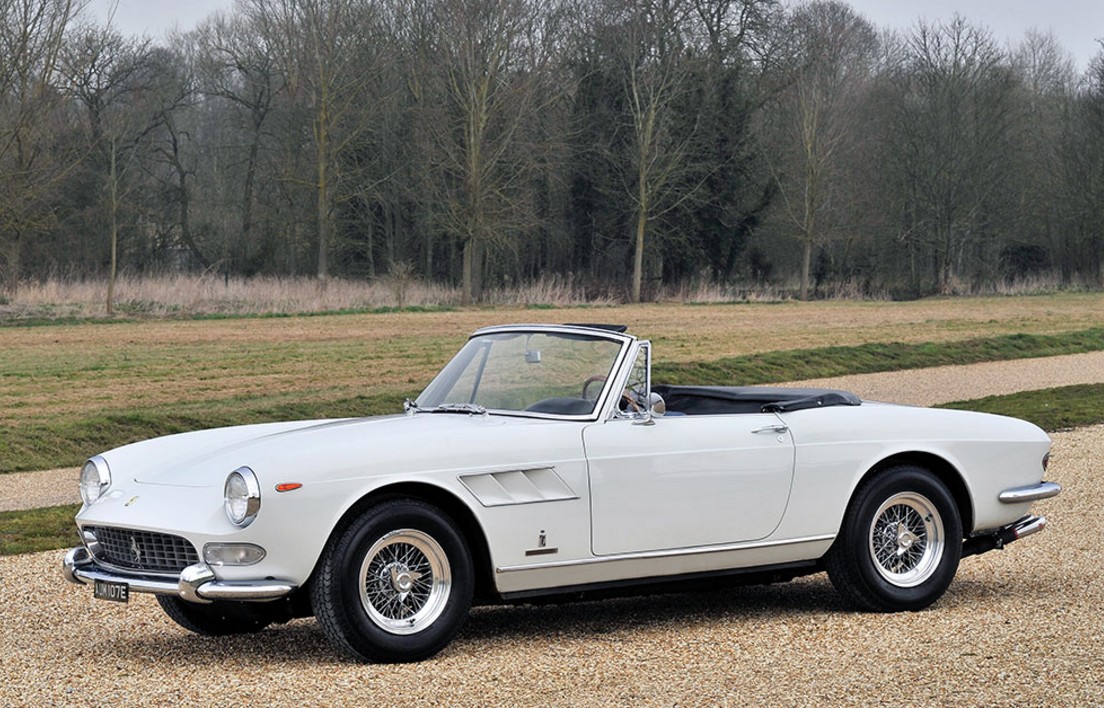 RM is actually offering the other 275 convertible, the NART Spyder, at this sale. That car is much rarer and more valuable (to an insane degree) than this one. This car, while related to the rest of the 275 line, looks nothing like it. The 275 GTB was built between 1964 and 1966 with Pininfarina’s 275 GTS convertible variant available during that same time period.

The car is powered by the same 3.3-liter V-12 in the twin-cam version of the 275 GTB. Horsepower is rated at 260 and the car was built specifically for the American market, though some right hand drive models were also made.

This model was intended as a followup to the 250 GT Series II Cabriolet and its styling reflects that, as it seems “older” than the rest of the 275 series. Only 200 were built and this one was sold new in Chicago for $12,400. It has had only three owners in its life (including one who affixed a trailer hitch to it at one point) and has never been restored. Even the paint is original and it displays beautifully. It should sell for between $1,875,000-$2,100,000. Click here for more info and here for more from this sale.