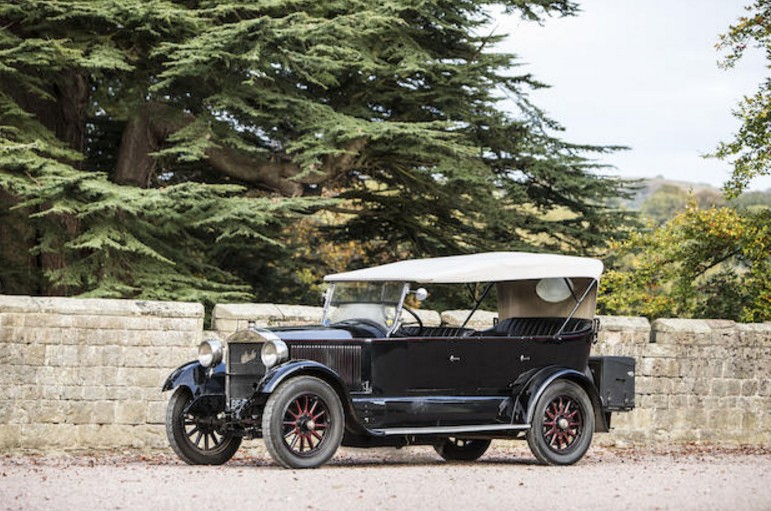 The Stanley Steamer is one of the legendary early American automobiles. Twin brothers Francis and Freeland Stanley started building steam cars in the late 1800s. In those days, it was steam vs. gasoline vs. electrics. Gasoline-powered cars won out and by the end of WWI, steam cars were antiquated and just not as user-friendly as their internal combustion counterparts.

But Stanley soldiered on for as long as they could, with their final cars being sold during the 1927 model year. This car is powered by a 20 horsepower, twin-cylinder steam engine. The restoration you see above was actually carried out in the 1960s and it was exported to the U.K. only in 2012.

A couple of things about this car, first: my records indicate that the 1924 Stanley was actually the Series 740, not 750. Second, it is stated in the lot description that, according to the vendor, only four Stanleys were produced after this car but their whereabouts are unknown, which isn’t exactly true as we featured one right here. But this car is definitely one of the final Stanleys, as the company may have not built any cars in 1926 or 1927. And regardless, the car is wonderful and the last of its kind – something you’d expect to see in the 20s, but not today. It should bring between $62,000-$75,000 – and at either price it is a bargain. Click here for more info and here for more from this sale.