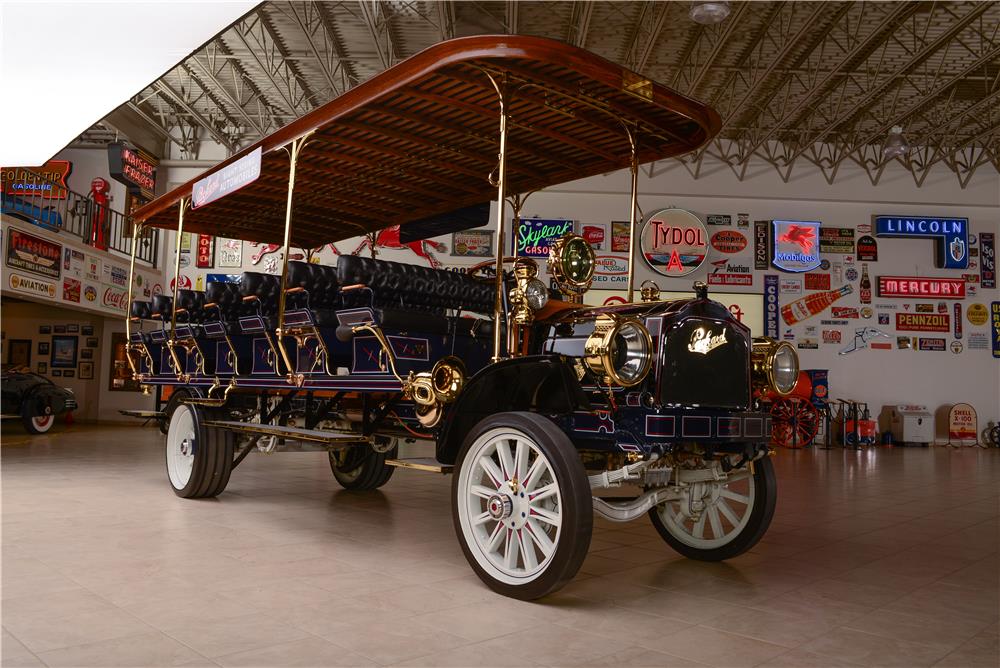 Packard built some of the finest American cars of all time – but they also built commercial vehicles, especially in the pre-WWI era and immediately following the war. They offered chassis in a variety of configurations and tonnage. The ATD was introduced in 1911 and could be had as a fire engine, platform truck, or cab & chassis combo.

This gorgeous sightseeing bus is immaculate – but then again, how would it get dirty? It’s not exactly the easiest thing to cruise around town in and probably doesn’t see the light of day all that often. The engine is a 7.1-liter T-head straight-four making 24 horsepower. Top speed is probably slightly faster than walking pace, considering the sheer size of this vehicle and the lowly power rating.

It seats 42 people and may have been used as a tour bus around Yellowstone National Park (apparently motorized vehicles weren’t actually allowed on park roads 100 years ago). It’s the only surviving example and was once in the Otis Chandler collection (it’s coming from Ron Pratte’s collection this time around). It brought nearly half a million dollars when it left Chandler’s collection in 2006. That seems like a good number this time around. Click here for more info and here for more from this sale.