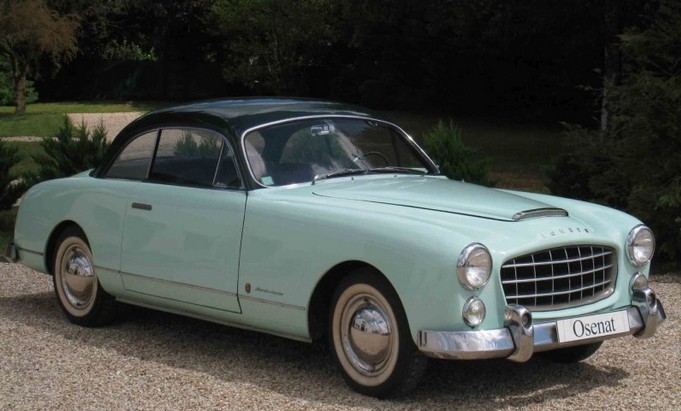 Ford of Europe was founded in 1967 after the merger of Ford of Britain (founded 1909 in the U.K.) and Ford-Werke (founded 1925 in Germany). The company currently calls Germany home. There was another European Ford company active in the first half of the 20th Century that didn’t make it into the fold: Ford SAF.

The head of Ford of Britain founded the French subsidiary in 1916 and it was completely absorbed by Simca in the mid-1950s. The Comete (or Comet) was introduced in 1951 and it is beautiful. It has to be one of the best-looking Fords ever built. It is a four-seat sports car that uses a 4.0-liter V-8 (from a Ford truck) making 105 horsepower. The Monte Carlo trim line was available in 1953 and 1954 only (you could buy a Simca-branded Comete in 1954 as well).

Less than 700 Monte Carlo-trimmed Cometes were built. The body was designed by Pininfarina and built by Facel (later of Facel-Vega). I think it is exceptionally attractive. It should bring between $62,000-$76,000. Click here for more info and here for the rest of Osenat’s lineup.