If you saw this and thought “that looks like a Renault,” well you’d be correct because in the mid-1950s the National Union Electric Company and the Henney Motor Company decided to retool a Renault Dauphine as an electric car for the U.S. market. Henney was primarily a coachbuilder (which makes it somewhat ironic that they outsourced the styling of this car).

According to the catalog description, this is a 1957. However, from what I know/have read elsewhere (thank you, Hemmings), the Kilowatt was produced in 1959 and 1960 only (although there may have been a few sold as 1961 models). Only 47 cars were ever sold and most of those went to electric companies. Very few made it into the hands of the general public (they cost about $3,600 at the time while the average new car price was $2,600) and only a handful are known to exist today.

The car is capable of 60 mph and could go 60 miles on a charge. If you’re an electric car enthusiast or collector, this is a must have. It is considered by some as the first “modern” electric car. Sure, there were many electric car manufacturers back in the 1910s and 1920s but they were severely limited in range and performance and livability. This kind of changed that. Yes, we’ve moved forward – but not by too terribly much, unfortunately.

No pre-sale estimate was given but I’d guesstimate it somewhere around $50,000. Click here for the catalog description and here for more from Mecum in Houston. 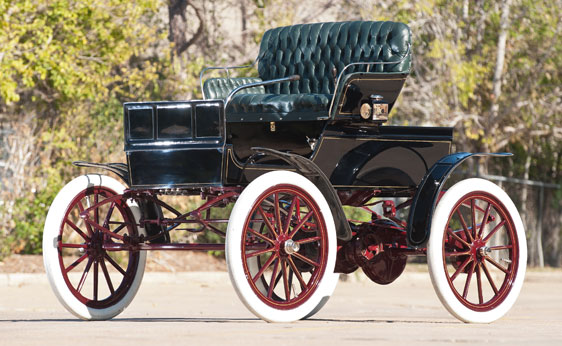